I really like going to Mass when the Archbishop is around.  Incense always appears!  As always, the Mass was reverent.  Archbishop Carlson used Eucharistic Prayer III.

His homily was excellent.  He started talking about how Corpus Christi used to be on Thursday to remind us of Holy Thursday when the Eucharist was instituted.  Have we given thanks for the Eucharist?  Jesus remains with us in the Holy Eucharist; this is why Jesus instituted the Eucharist, because he wanted to remain with us  Archbishop Carlson quoted St. Thomas Aquinas and Pope John Paul II about reaffirming our commitment and publicly proclaiming for all we will be like those that followed Christ when He was on Earth.  We are like them, rag-tag (hey! I dressed nice for Mass for a change!) and imperfect.  We must bring our own gifts to Christ. We are invited to to reconfirm our Faith like the Martyrs, no matter the cost.  After Communion you are like a tabernacle.  Have you given thanks?  Eucharist is food for the Journey. 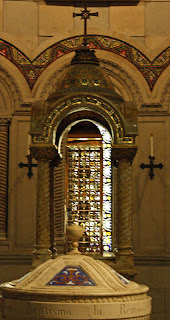 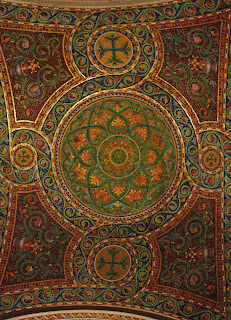 Ceiling behind the Altar 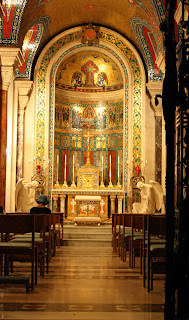 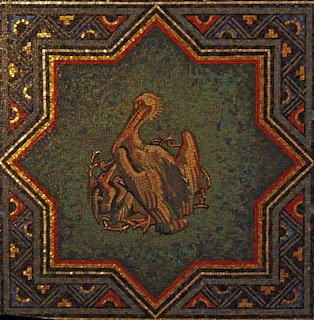 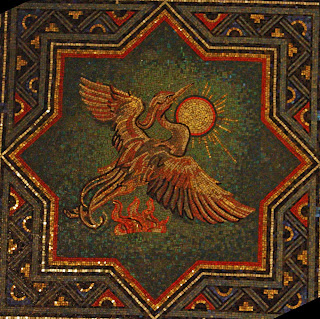 An Angel
found in the Sanctuary 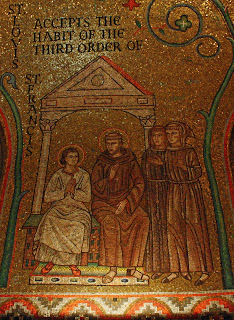