Hello all!  I lost these pictures for awhile but found them looking for a certain photo I took of Jake!  These pictures are from May 28, 2010.

Assumption Greek Orthodox Church has a Greek Festival (yuuummm) every Memorial Day Weekend.  Since they were giving church tours, I thought I would go and see the inside!

I don't know very much about the Orthodox Churches and know even less about how many there are and what the differences are between Greek and Russian Orthodox.  What I do know is that the break between the Roman Catholic Church and the Orthodox Churches essentially started in 1054 and is known as the Great Schism.  From what I recalled, it had something to do with the Pope being in Rome and not in Constantinople (Istanbul...cue They Might Be Giants) and something about the Nicene Creed.  I thought it was because of the dual nature of Jesus, that he is human and divine, but I think that was a different heresy/schism (so many to choose from...) based on what I was reading in the literature I found in the back of the Church.  According to their literature, the split was over the filioque clause in the Nicene Creed about how the Holy Spirit proceeds from the Father and the Son.  It is beyond my theological pay grade as to what is wrong or right with that clause.  But according to the literature that clause was inserted into the Nicene Creed (created in 325) in 589.  I know news took along time to travel back in the day, but if that was the real reason why did it take 500 years for the split to occur.  I did chat with a history/theology student who claimed that the cause was the Sack of Constantinople (1254) by the Fourth Crusade.  So why is the date the schism given as 1054 and not after 1254?  This is the sum of my knowledge of the Orthodox Churches.  Well I take that back.  They do icons and priests are allowed to be married provided that they are married before they are ordained (I think...don't quote me on that)

The church was beautiful on the inside.  No plain white walls here.  Lots of paintings and icons were present.

Collection of Icons outside door to nave 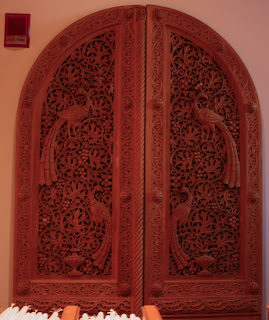 St. Gabriel
The Orthodox and Roman Catholic Churches have many saints in common,
especially saints that existed way before 1054. 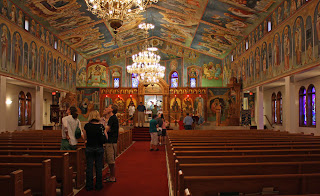 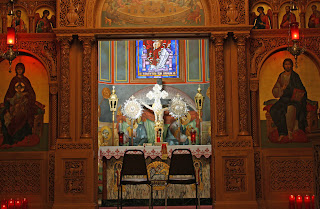 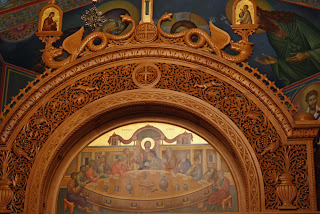 Last Supper above the Altar 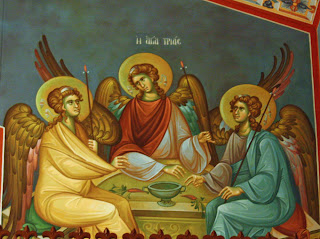 Angels having a discussion over tea. 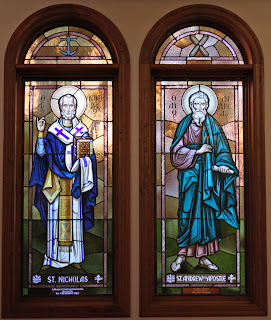 St. Nicholas and St. Andrew the Apostle
(Note the cross shaped cross in the little window.
Not sure why the anchor...) 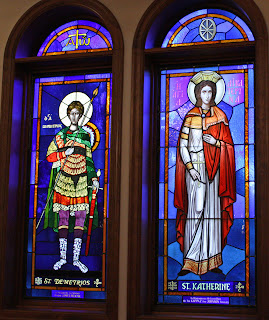 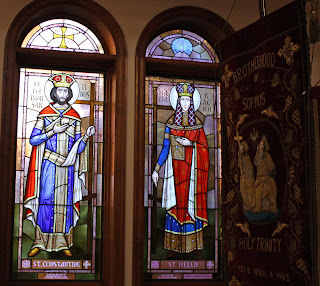 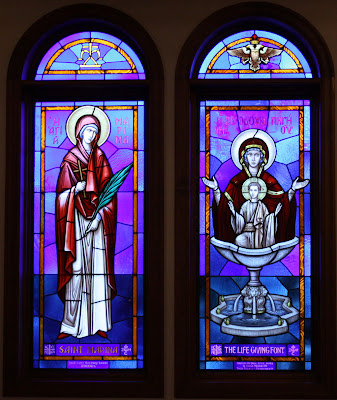 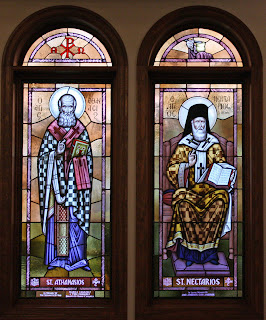 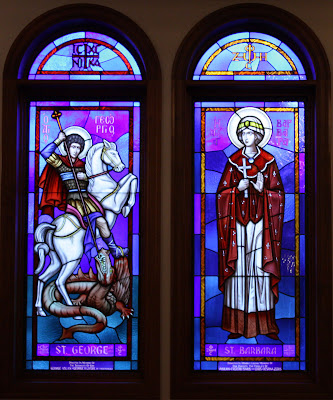 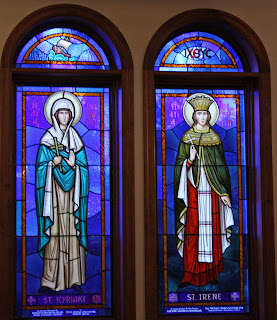 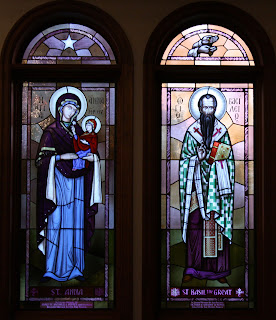 St. Savas
Pictures from Rome of the West
Posted by Tina aka Snupnjake at 12:11 AM