In this Archdiocese, there are 3 versions of the Latin Rite Mass available.  There's the standard ordinary form Mass found in most parishes.  I think it is like the Mass of Paul VI 1974 version or something.  (I'm sure someone will correct me.)  There's also the Extraordinary Form, which uses the Liturgy from 1962.  There is another version.  It's from 1969!  This is the Latin Novus Ordo.  According to the booklet, this is the Mass that the Bishops at Vatican II actually had in mind.

If you'd like to experience this Mass, you can go to St. Mary of Victories for their 9 am Mass.

The music this morning was very nice.  There was a small choir with a lead cantor that chanted everything.
Mass Setting:  Mazz XI (Orbis Factor)  The notes were square :(
Offertory:  Where Charity and Love Prevail
Recessional:  Crown Him With Many Crowns

This morning's Mass was celebrated by the Bishop from Melbourne, Australia.  His homily was a little on the long side.  It focused on Portus Fideli, the Door of Faith and the Year of Faith that is coming up in 2 weeks.  His homily was different from most homilies I've heard.  He quoted other parts of scripture and Vatican II documents.  He also talked about how much Vatican II is misinterpreted.  We need to read the documents for ourselves.

Next week, during the Solemnity for Our Lady of Victory/Rosary, the statue of Mary that was decapitated will be reblessed at 10:40ish am. 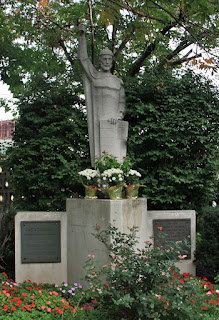 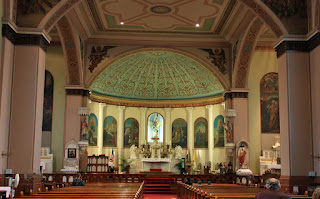 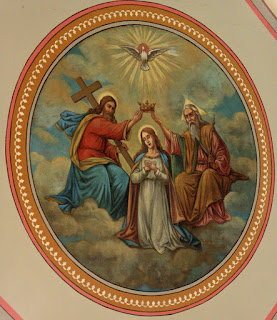 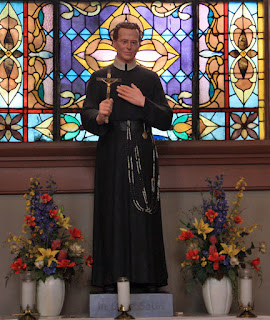 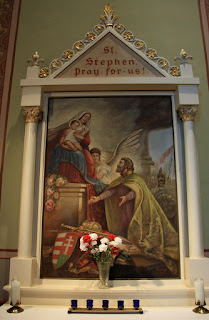 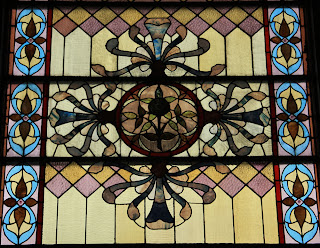 Link:
Previous Visit
Rome of the West should have some pictures soon as well...
Posted by Tina aka Snupnjake at 9:06 PM