This morning I headed to the 10:30 am Mass at St. Cecilia in South St. Louis City.  Mass was in Spanish.

St. Cecilia is in the same configuration as St. Anthony of Padua, but smaller, like if you put St. Anthony in the dryer you'd get St. Cecilia.  Outside of the Cathedral, most parish churches around these parts only have mosaic accents, like a medallion in an altar.  St. Cecilia's entire sanctuary is covered in mosaics.  Really nice mosaics.

The Church is a mix of styles.  The building is in a cruciform shape.  The design of the mosaics and art work is art deco, say mid-1920 to mid-1930s while the stained glass is more of the style of the turn of the century.  It is really tasteful and gives you a great deal to look at if you can't understand what is being said.

The music was guitar based and sounded like what I hear coming out of Mexican restaurants.  The musicians were in the right transept instead of the choir loft.  They did not announce what the songs were so I can't tell you what songs were sung.

I took 4 years of Spanish in high school, 2 of those years were for college credit.  I can safely say that if it is not covered on Sesame Street, I don't remember it. :P  I did figure out Father used Eucharistic Prayer IV.

Father mentioned John Glenn and Italians in his homily.  I think he was saying at one point that St. Cecilia is not an English parish and a Spanish parish but it is one parish.  He said that it was his parish and your parish.   Father said if you gave nothing to the parish, you should give a dollar.  If you give a dollar, you should give two.  Needless to say there seemed to be lots of dollars in today's collection ;). 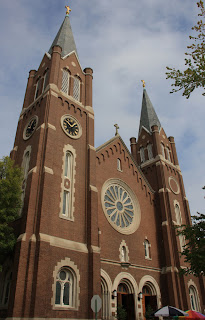 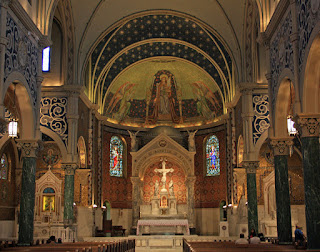 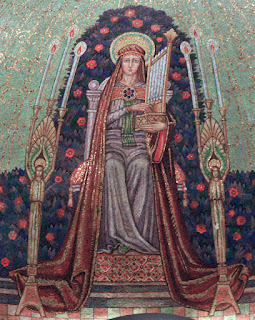 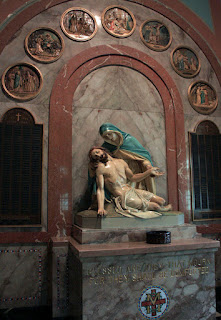 Our Lady of Sorrows
Seven Sorrows of Mary 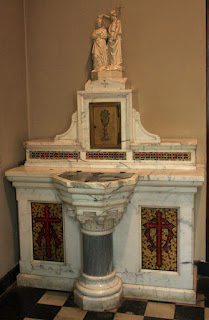 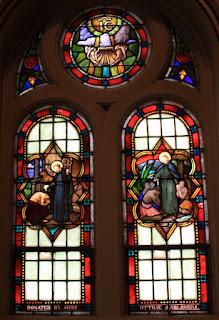 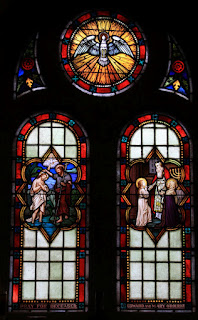 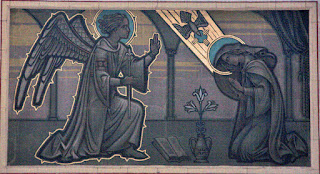 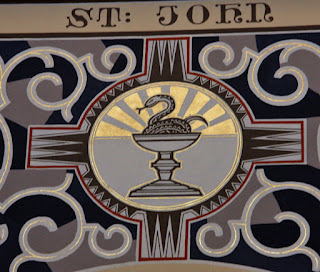 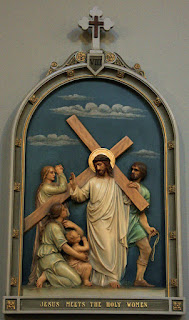 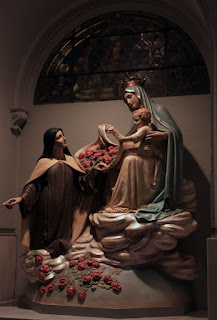 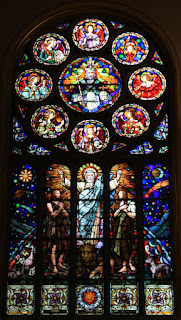 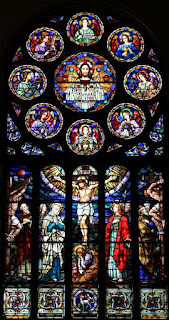 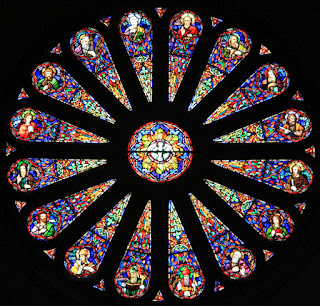 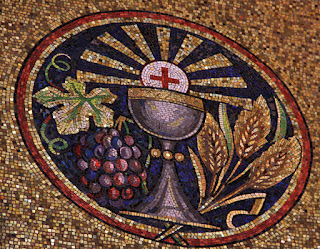 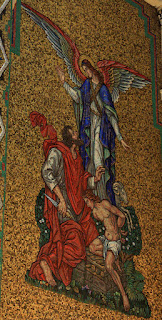 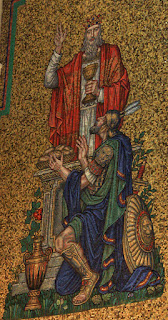 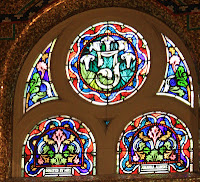 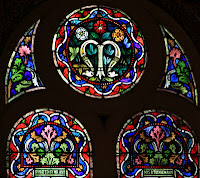 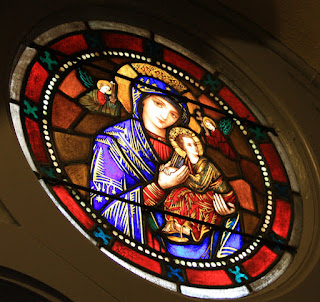 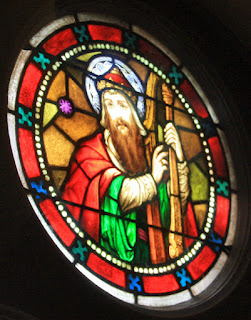 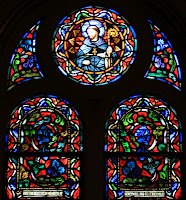 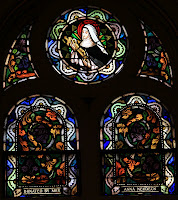 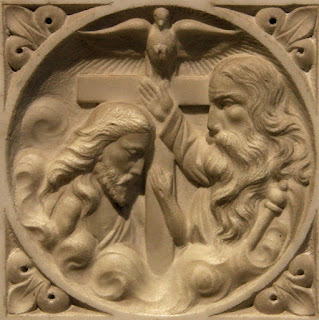 Links:
Website of St. Cecilia
Pictures from Rome of the West

Update:  If you recall, I attempted to go to both St. Catherine of Alexandria and St. Joseph in Highland.  Mass was not held at the time I went.  I had planned on going back to them after I visited all the other churches and I had hoped to go to both of them on the same day.  Needless to say that is not possible because one only has a Saturday Mass and the other only has a Sunday Mass.  To get to each church will require a tank of gas.  So I'd need 2 tanks.  Given the high price of gas and the fact I am still unemployed with no unemployment benefits in the near future, I can't afford to go back.  If some kind readers would like to donate I'd be happy to go back.  Email me for details.

Posted by Tina aka Snupnjake at 5:57 PM