On January 23, 2011, I attended the 9:30 am Mass at St. Matthew the Apostle in North St. Louis City, in the Ville Neighborhood.  St. Matthew was originally an Irish parish, but is currently predominately African American.  St. Malachy was merged into the parish in the late 1950s.  The parish is currently run  by the Jesuits.

The church itself is classic but has been rearranged in a more modern style.  I was rather surprised to see a lack of Afro-centric Art given that the parish is predominately African American.

Everyone was very friendly and during the Sign of Peace, it was a hugging, hand-shakin' free for all.

The music was Gospel based.
Opening:  Walk in the Light
Presentation of the Gifts:  Make Us One
Communion Hymn:  The Lord is My Light
Communion Mediation:  We Are Not Ashamed
Closing:  Follower of Christ

The homily was on the longer side.  Father started out talking about his recent trip to the South and his visits to various Civil Rights history spots.  What did it take for those various groups to accomplish things?  They were united behind a vision. They had unity of vision.  Father then tied this to the second reading from St. Paul.  Christ is uniting.  We destroy the Power of the Cross when we fight with each other.  Jesus brings light to those in darkness.  How does He fulfill this?  Jesus forms a community.  You know you are a community by how you love each other.  Father then seemingly compared Dr. Martin Luther King to St. Paul.  We are called to be a light in our community, which flows from the altar.   Father finished by speaking about the need for unity in the parish.

Father used Eucharistic Prayer II, but sung the Preface.  There were bells and patens!  A Hail Mary was added after the Prayers of the Faithful and the Anime Christi after Communion. 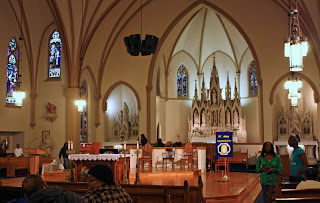 View From the Back Pew!! 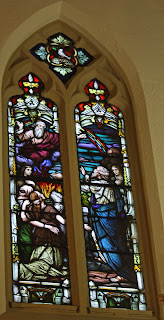 Noah and the Rainbow 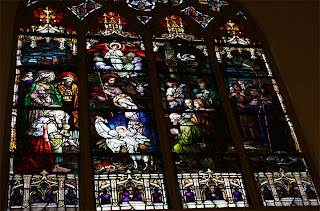 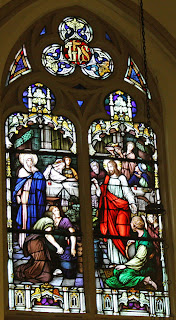 Raising the Girl from the Dead 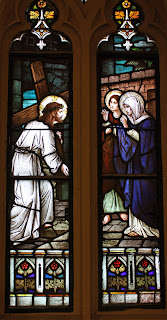 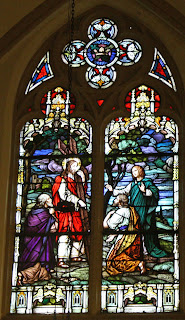 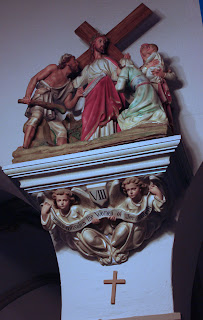 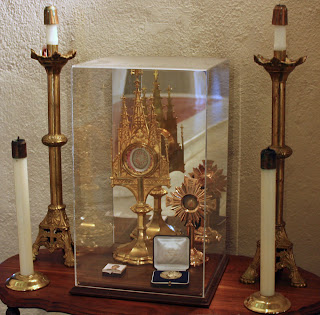 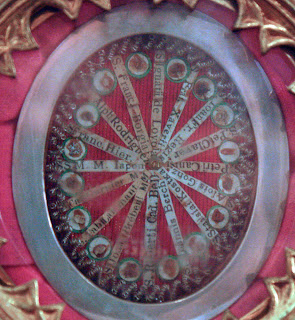 Jesuit Saints
(Some Saints of the Jesuit Order) 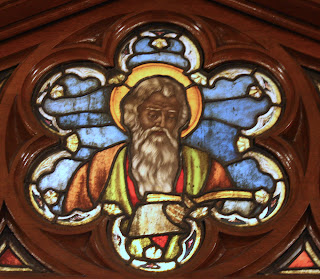 Links:
Website of St. Matthew
Pictures from Rome of the West
Posted by Tina aka Snupnjake at 11:36 PM