Hello!  This morning I headed the 10 am Mass at St. James in Potosi.

The Church was filled to capacity, which apparently is around 230 people.  There were baptisms after Mass.  I felt like it was Advent again as half the people knew the responses while others said the old translation.  Interestingly, the church didn't have the paper missalettes.  Instead, they had St. Joseph Sunday Missals.  They looked really new, which is a shame because they were the old translation.  (I can envision Sister M.A. from my grade school making the 7th and 8th graders fix every single missal...).

The music was accompanied by an organ in the choir loft.
Music:
Opening:  From All That Dwells Below the Skies
Offertory:  All That We Have
Communion:  Peace Prayer, Song of the Body of Christ
Closing:  Be Not Afraid

Mass started 5 minutes late.  It became clear why.  Father processed in with 2 pitchers of water, which he placed on the altar.

Where are we going with this?

During the Kyrie, Father poured the water in the font while giving a commentary.  Baptism is about grace.  There is no magic or mystery involved.  (Uhm.  Isn't grace rather mysterious?) 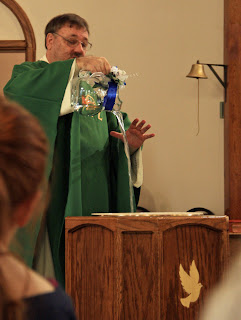 I'm the Godmother to two girls, have been to the baptism of two other kids, has seen Baptisms during Mass.  I don't recall the Liturgy of the Pouring Water.

Father sung the Opening Prayer but added the week of the liturgical season and the date.

Anytime there was an opportunity, Father added commentary.  There was commentary before the readings discussing what they were about. Another before the Gospel.  Every petition had lots of extra commentary.  I know lots about the people in the parish now.  Apparently Father hasn't heard of HIPPA.  The Nicene Creed had commentary.  Father explained the final stanza about the Church.  The Nicene Creed connects us all.  He commented on the liturgical season.  It was rather annoying after awhile. Made me wish for St. Francis de Sales honestly...if only women there didn't wear skirts... Or another Rite.

Homily:
In the readings we have traveled.  But this is where our Faith is.  Isaiah said to let go of all the barbed wire and everything that is a painful memory.  Let go.  How old were you when you realized that holding onto grudges and painful memories was like pouring water into sand.  We each have the ability to let go.  As long as you hold on, you are like a slave pulling a stone.  You won't forgive or forget, but you can let it go.  (uhm...isn't that part of letting go...forgiving and forgetting?)  In the second reading, it mentions the anointing of the Holy Spirit is on Installment (I hope God got good terms...)  God has not depleted His Mercy or His Grace.  In the Gospel, our Lord was more impressed with those that think outside the box.  Father then talked about how the synagogue from the Gospel is known and really close to St. Peter's house.  It's now a Church..the Church of St. Peter.  On Wednesday, 30 Eucharistic Ministers gathered for a retreat/training.  People who had never looked at each other in the light of Faith.  They are now living out an installment on their Catholic faith.  That is the beauty of the Catholic Faith, being called to say yes even though we are not perfect.  (I did not know being an EMHC was a vocation...)  Father then mentioned Cardinal Dolan, who was receiving his red hat in Rome this weekend.  Father knows Cardinal Dolan's family (name dropper).  Cardinal Dolan can walk into Rome with all of his warts and blemishes.  What was Cardinal Dolan thinking during the ceremonies.  He was probably thinking back to his boyhood.  (Someone's got a case of hero worship...).  Father mentioned he wouldn't fit in if he went to Rome (don't touch it...let it go...)  This weekend, 22 men received the Pallium.  (Oh Father...Oh no.  no no no.)  Father said he stood at Calvary every time he said Mass.  Every Mass is over the catacombs because of the altar stone.  This unites us in Faith.  He doesn't need to go to Rome.  230 people is as holy as the celebration at St. Peter's in Rome.  You are none the less worthy to celebrate.  I long for the day that those who have broken away return.  Where does the Pallium come from?  It comes from a Trappist monastery.  The sheep are brought to the Vatican on St. Agnes and are blessed.  Google it.  Father then asked us about the red hats hanging in the Cathedral.  They belong to the dead Cardinals.  They never actually wear that hat. (Uh...yes.  They did.  Ages ago.  like pre V2.)  The hats, the cappallo (?) hang over their crypts.  Go take a tour of the Cathedral and they will tell you all about it.  They are too tight to turn on the lights though. (oh dear) When they turn on all the lights  the meter spins like a spaceship.  They only turn on all the lights for Christmas, Easter and the Consecration of Bishops.  They don't even turn them all on for Ordinations.

Father sang the Preface.  He announced he was using Eucharistic Prayer I because you can't use it during Lent (*facepalm*).  There were bells.  At the Our Father there was hand holding.  Father's commentary was that pray unites us.  Standing has always been the posture of prayer in the Catholic Church, especially the East. Father then said the secret prayers before Communion out loud.  After Communion, Father then commented on the song, Song of the Body of Christ.  The Church's treasure is her children.  People are moaning about what the Church is going through now.  Read your history.  The Church was been through much worse in her 2000 years. 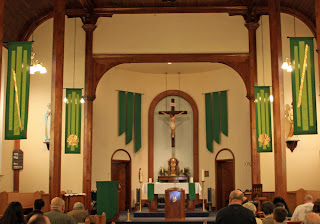 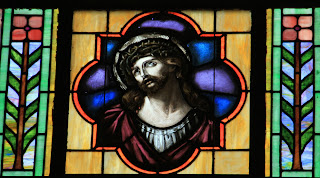 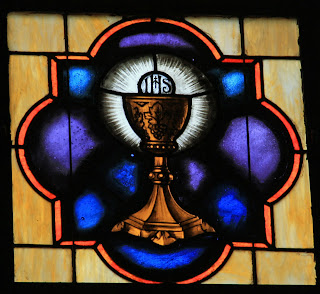 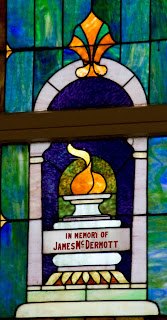 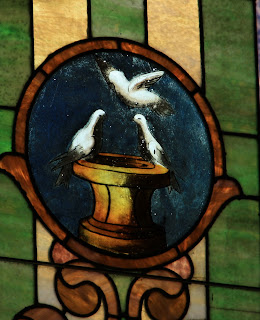 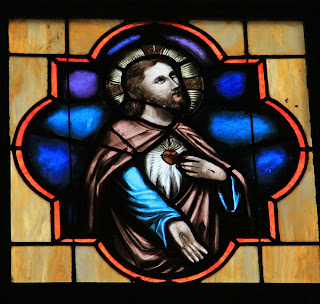 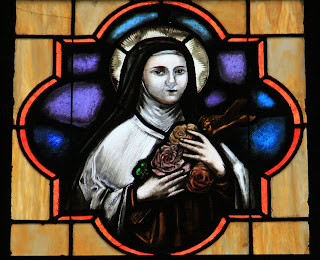 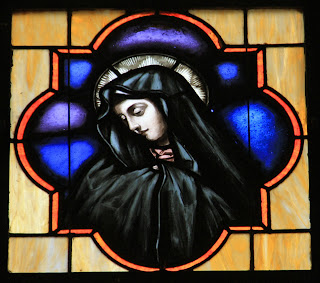 I'm not sure.  I should know this shouldn't I? 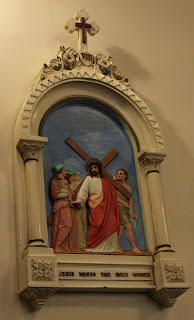 FYI:  Lent starts Wednesday.  I haven't decided what to do for it.  It has been suggested that I pick a parish for Lent...


Links:
Website of St. James
Picture from Rome of the West
Posted by Tina aka Snupnjake at 5:25 PM