The Feast of Sts Philip and James is May 3, so I decided to take a road trip (and see the flooded Mississippi River) and drive down to River Aux Vases which is out by Ste. Genevieve to visit Sts. Philip and James for the 8 am Mass on Sunday, May 1.

Sts. Philip and James is an old, small church that is rather charming.  The GPS had trouble finding the church based on the Archdiocese's address on the website.  It's further down the road.

Music:
Music was accompanied by a guitar with the singers in the choir loft.
Pre-Mass Song:  Come, Now is the Time to Worship
Entrance:  Alleluia Sing to Jesus
Offertory:  Let Heaven Rejoice
Communion:  I'm Forgiven (I'm not sure...it wasn't announced)
Closing:  I Know My Redeemer Lives
Holy:  The one where you echo

Father was pretty reverent, saying all the prayers at the Altar.  He also purified all the vessels.  The only odd thing was at Communion he distributed the Precious Blood while others distributed the Hosts.  Father used Eucharistic Prayer 1 and there were bells at the Consecration and patens at Communion.

Father started off his homily by mentioning that today was Divine Mercy Sunday.  This sunday was added to remind us that Jesus sent us on a mission to celebrate Easter joy.   But we have little resolution and we don't follow through (Father seemed to be waxing nostalgic for a moment...) We don't seem to love God with all our hearts and many of us don't even think it is possible.  There is no follow through anymore.  In the Gospels, St. Thomas is often called "twin".  It is more likely Thomas resembled Jesus and was even mistaken for Jesus (Oh that's got to suck...)  St. Thomas speaks for the people.  For instance, when they were getting ready to go to Jerusalem, Thomas announced that we should die with Him, but Thomas is  hiding with the others after the Crucifixion.  The Early Apostles had it together.  They lived like it was a retreat (I don't know about Father, but I've seriously disliked every real retreat I've been on.)  After Easter, we watch the lilies wilt, wilt like our Faith.  We don't do anything.  We don't work at it; being aware of what He did because He loves us.  We don't come to Mass to be bumps on the log, but to pray and say the responses.  When you celebrate you work hard.  Easter is all about the Mission Jesus sent us on.  Jesus is a hero, like the mothers and fathers who give their lives for their children.  Life is hard but we have blessings which are not private but meant to be shared with others. 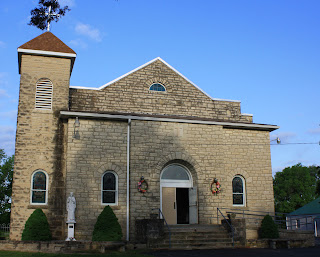 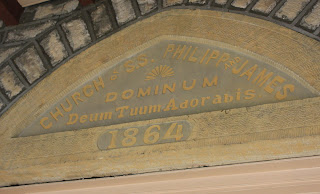 View from the Back Pew
Philip and James are on the sides. 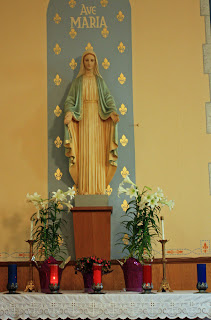 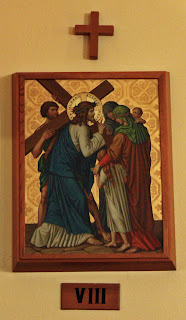 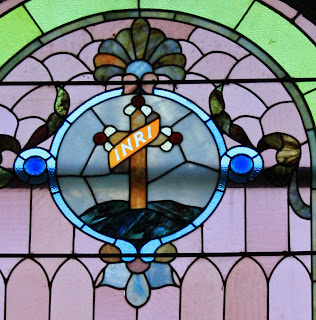 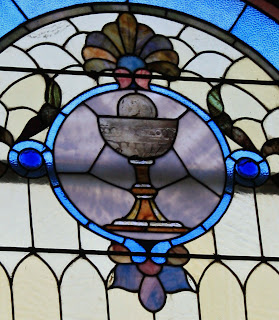 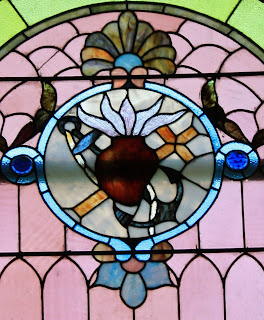 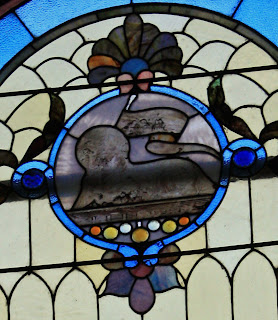 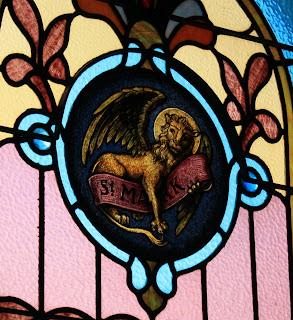 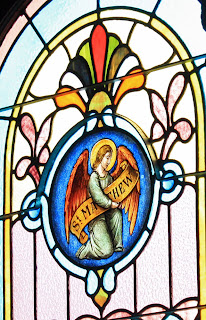 Link:
Information from the Archdiocese
Pictures from Rome of the West
Posted by Tina aka Snupnjake at 9:09 PM