Hello!  Happy Feast of Christ the King!  I had planned to go to Christ the Savior in Brewer but I overslept.

The music was accompanied by a guitar.
Opening:  To Jesus Christ Our Sovereign King
Offertory:  God We Praise You
Communion:  Holy God, We Praise Thy Name
Recessional:  City of God

The Responsorial Psalm was Psalm 97:  The Lord is King, which wasn't listed as an option.  The Gloria was spoken but the Our Father was chanted.

The homily focused on the Gospel and the story of the two thieves and how they viewed the man in the middle, Jesus differently.  One looked to escape, the other to forgiveness  The good thief never knew Jesus before the crucifixion but still recognized Jesus and asked for forgiveness.  We are like the thieves. We have the choice in how we react.  For example, some people will be inattentive to this homily (oh snap.) while other will be inspired.  Father talked some more but I've been under a lot of stress with graduate school and my dissertation that I kind of didn't pay attention (ooops).  Father told a story about a man trying to save a scorpion in the river.  The man kept trying to save the scorpion but the scorpion kept stinging him.  An observer happened by and called the man a fool.  The man was like why should I deny my nature or the scorpions nature?  It is Jesus' nature to save.    Which thief are we?  Are dying to sin or dying in sin?  (I think I have the wrong preposition...of maybe?) 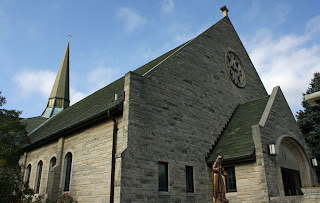 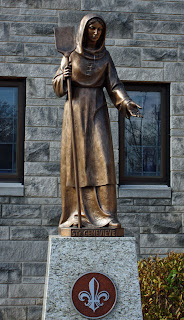 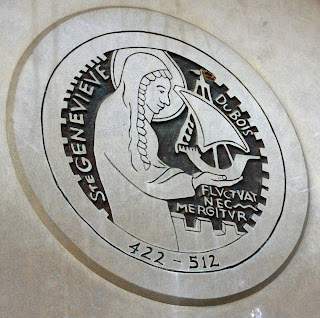 View From the Back Pew
On the altar is a seminarian named Craig, from a diocese in
Western North Dakota.
He's really sweet and will be ordained Deacon in June.
He'd like us to pray for him.
We will won't we?
And all of our seminarians! 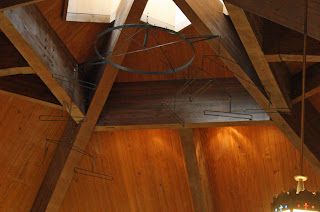 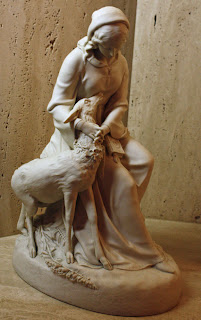 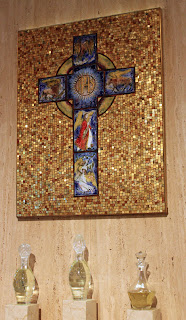 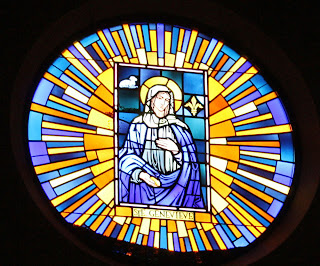 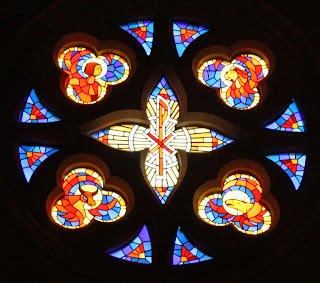 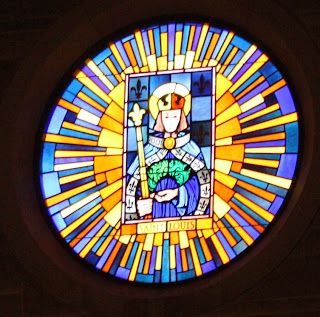 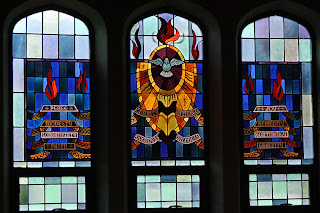 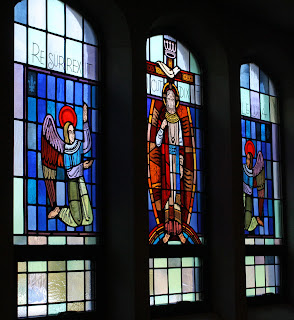 Resurrexit sicut dixit
He Has Risen As He Has Said
(Thanks Fr. Cory!) 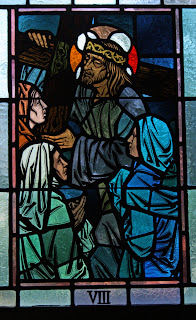 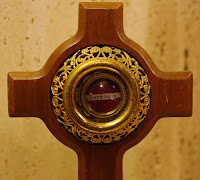 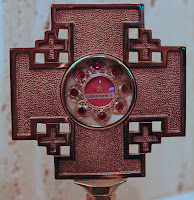