I've been celebrating a friend's birthday this weekend (Mark over at Rome of the West...you should wish him Happy B-Day ;) ) so I was a little tired and had to find a late Mass that wasn't too far away.  I ended up heading out St. Anthony of Padua in High Ridge.

St. Anthony of Padua was built in 1928.  The exterior reminded me of a mission church from the Southwest.  The inside was on the plain side, but the windows were very nice.  In the back of Church there were two pictures of possible Sanctuary renovations.

The music was accompanied by a choir and either a piano or an organ (I was a little sleepy...).  The choir was in an arm of a the church.  The choir loft was turned into a cry room.  (I don't understand why churches do that.  The choir loft amplifies sound...)
Music:
Opening:  Gather the People
Offertory:  God's Holy Gifts
Communion:  I Received the Living God
Closing:  Alleluia! Sing to Jesus

Father used Penitential Rite A.  There was a children's Liturgy of the Word.  The Gloria was not sung, but the Our Father was.  Father sang the Preface.  I'm not sure which Eucharistic Prayer.  It had oblation of Your church, prophetic unity and concord.  There were bells.

And it will come as a shock to no one, the Sequence Laude Zion was not sung.  Shocked I tell you.

Father's homily started off with a story.  Most Catholics over the age of 55 remember the old Mass.  The priest had his back to the people.  That didn't matter much because Mass was silent and in Latin so nobody understood it. Avery Cardinal Dulles, before he became Catholic, visited a Mass and observed no signs of external unity.  It was a dull and unconnected service.  He failed to perceive.  There was one point of unity.  At the ringing of the bell, all eyes snapped to the front.  The dramatic climax.  Everyone had eyes riveted on the Body of Christ as it was raised.  Children in Catholic schools learned what the words were that the priest says.  Jesus embedded commands in His words.  It is a meal.  It is  food.  Jesus offers Himself as spiritual food, unlike other meals.  It is sacrificial.  Jesus is the true celebrant of the Mass.  Jesus loved Jewish Scriptures.  Jesus offered up Himself as a perfect unblemished sacrifice for our sins and the sins of many.  Calvary became a present reality.  The sacrificial meal is a covenant.  Marriage vows are a covenant.  When we share the cup, we are united with the Trinity.  Joined in fellowship with all others in this sacrificial meal.  The Eucharist makes us Church.  It is a common banquet for all God's people.  The Sign of Peace is not intrusion on personal prayer (personal space however....)  It is central.  We are present at the upper room and Calvary.  We see him with our spiritual eyes.  We share in Christ's sacrifice.  It is a spiritual treasure.  Are we really aware?  Do we really Believe?  Are we truly worshipping?  Father ended his homily with a story from Dr. Kreeft about taking a Muslim student to a church and the student remarking that if he truly believed, he'd never get up from his knees.

St. Anthony will be celebrating the Feast of St. Anthony on Sunday, June 17.  There will be a procession after the 10:15 am Mass. 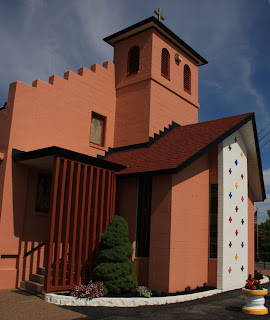 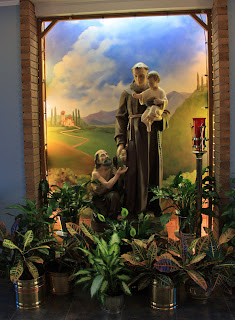 Shrine of St. Anthony of Padua 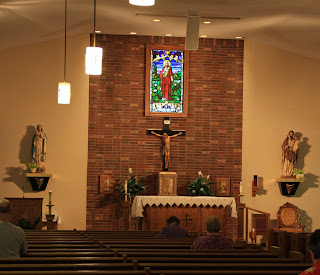 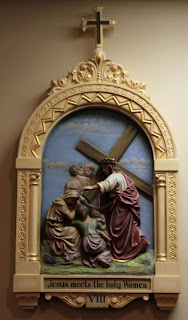 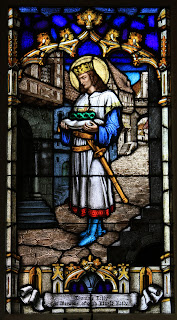 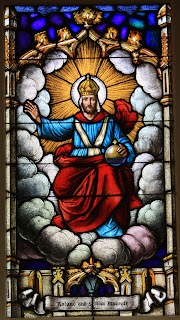 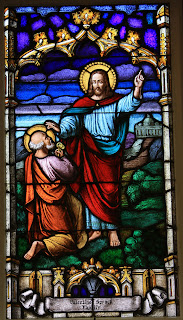 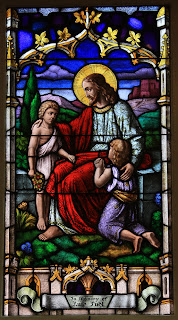 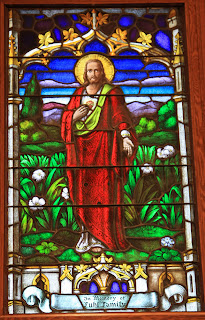 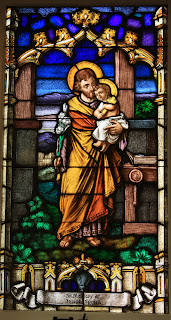 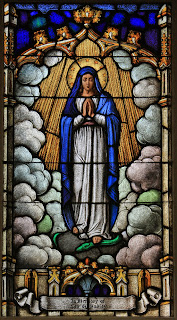 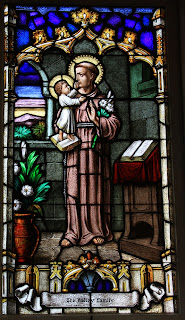 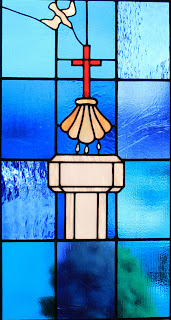 Links:
Website of St. Anthony of Padua
Posted by Tina aka Snupnjake at 10:26 PM