Good Afternoon.
This morning I headed out to Silver Lake in Perry County to attend 8 am Mass at St. Rose of Lima.  This is a very cute little country church.  It's a little sparse on the inside but very nice.

All of the music was sung a capella and led by a cantor.
Opening:  Gather Your People
Offertory:  Where Charity and Love Prevail
Communion:  I Have Loved You; Like a Child Rests
Recessional:  Be Not Afraid (skipped....)

After the Responsorial Psalm, Father gave his homily.  (Uhm.  What happened to the Gospel? )  We need to pray for the mothers that we know and for those that are trying to be mothers.  It's a very special calling.  We are who we are because of their love (or lack thereof....and that just explains everything right there doesn't it?  and I thought we were beyond Freud and blaming everything on mothers....but I'm game...)  We are waiting for the lottery.  Father told the story of the lottery winners in Red Bud.  Nice to see plain, ordinary folk like us win.  There's another lottery that is more important.  Not a single one of us will be here in 150 years.  We will be somewhere else.  We'll be there forever.  (Uhm, I'm pretty sure I'm going to at least Purgatory...)  The greatest lottery ever, the lottery of eternal life.  He's going to give us the ticket.  You will be in Heaven for ever, guaranteed.  (Hold on, I must have walked into a Protestant Church...)  What is the ticket?  The 2nd reading.  (Which you've skipped..oh wait...you are going back to it...)

Father was ad libbing in a couple spots, it almost sounded like snark!  He couldn't find the right spot in the Sacramentary today, he's like every place has a different book....   Because the Offertory Song was so short, Father had to say the part where the people respond "Blessed Be God Forever."  After Father said the blessing for the wine, for some strange reason, the congregation as a whole, skipped to the "May the Lord accept the sacrifice at your hands..."  I'm not paying any attention but I'm saying Blessed Be and I'm like did I just miss 5 minutes of Mass?  What happened?  Father was then saying something about how they have a bet at the seminary on how long it will take to get everything right in the new translation (that's not funny right there...)

Father used Eucharistic Prayer III and there were bells at the Consecration.  There was also hand-holding at the Our Father.

After the Mass had technically ended (The Mass has ended, go in peace)  Father brought out two roses.  One was for the mother with the youngest child and one was for the mother with the oldest child.  Then he had all the mothers come up to the altar for a special blessing, a Nazi salute and a carnation.  Needless to say, I was the only woman of child-bearing age in the pews that I could see (there are mini-transepts in the Church)  So let's see, I've been to Sunday Masses where extra blessings are given to:  children, nonCatholics, the married, mothers, fathers, the sick/old, religious, parish ministers and council members, and those going on the pro-life march.  I want to know when the losers like me that have utterly failed get extra blessings. I mean I already know the Church really doesn't have a place for me because I'm not married, I'm not a mother, I'm not a youth and I'm not a religious.  I don't belong in the Catholic Church and it is incidents like this that highlight it all the more. 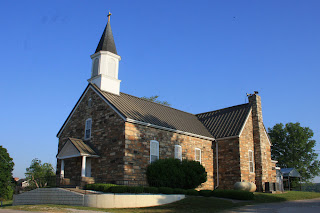 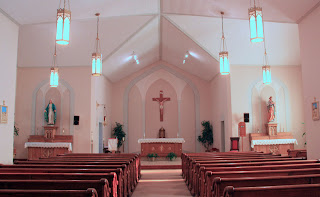 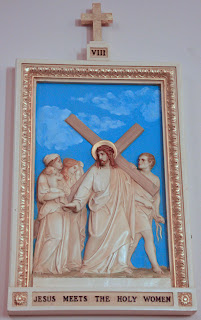