Good Afternoon.
I attended the 9 am Mass at St. Patrick in Wentzville.

The Church was built in 1987.  I am now more convinced that the oldest Baby Boomers have no taste.  I'm not following this paneling in the Church thing.

Music people and pastoral assistants who put the Mass together..can't decide on whether or not to sing the Sanctus in Latin or in English?  Well, who says you have to make a decision when you can sing both at the same time!  Why yes!  Encourage that active participation in the pews by encouraging parishoners to sing in whatever language they want!  I kid you not.  The Sanctus was sung in two languages at the same time.  It sounded like the sopranos (grumble.  they get all the good parts) were singing in Latin.

The homily started off with how we were celebrating Ascension.  Until a few years ago, Ascension was always celebrated on the 40th day after Easter, which was a Thursday (Actually that depends on your diocese or on your Rite for my EF friend.)  Why did Jesus have to ascend?  Why couldn't He have stayed? He could have.  (Jesus Fanfiction could speculate...) If He didn't return to the Father, the apostles could not receive the Spirit, the Paraclete.  The focus would not be on what the Church could do, but what Jesus could do.  Jesus wanted to tell them it was time for them to continue the mission.  We see how He brought them to the point being able to say goodbye.  The Paraclete gave them gifts.  They are different but they would be one.  The Founding Fathers were thinking about this scripture when they came up with our National Motto, From the Many, One.  They were thinking of all the different immigrants that would come and join our country.  (Uhm.  I hate to burst your bubble, but it was more like there were 13 separate countries being joined into one, but we can go with your interpretation....)  Though the Church is many, we are one.  One Liturgy (oh sweet Lord....where to even begin with this statement...), one Church.  We are many and different.  We are of One Faith.  We form the Church as a whole.  We are given different gifts, we are still supposed to share those gifts.  All of us are called to follow.  That is our mission in life.  (YES!  I am a follower!  perfect!)  To return to the Father like Jesus.  Called to work in this life to go back to the Father.  God gives us each day as a new start.  Sacraments give us the grace to do this.  To serve and be nourished.  Up to us if we are willing to choose that.  Where the Spirit leads to the Father.

Father used Eucharistic Prayer III and there were bells along with hand holding at the Our Father. 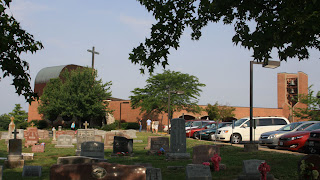 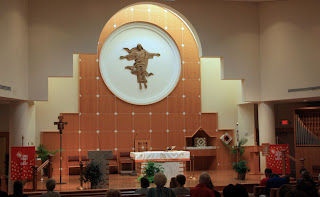 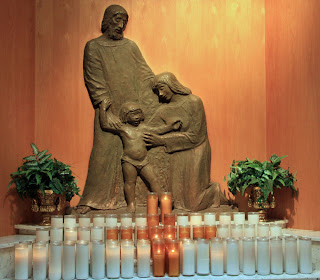 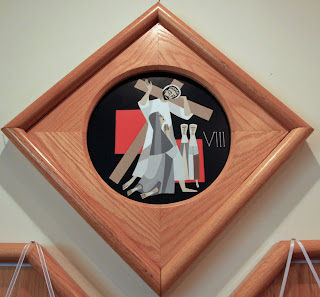 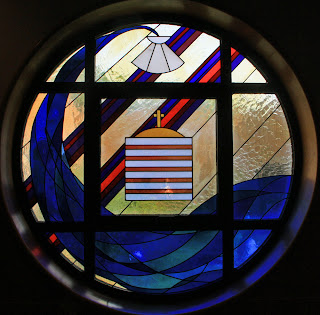 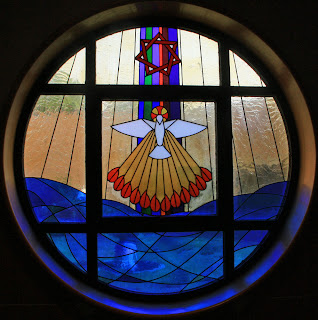 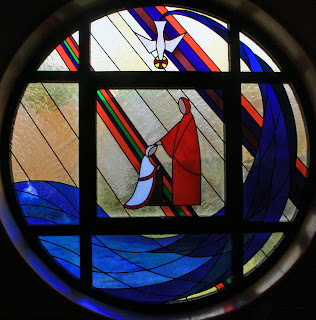 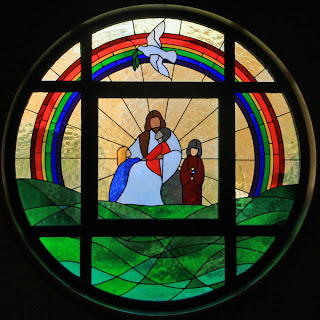 Jesus with Children
See the black head child in the red outfit totally being ignored by Jesus?
Yeah, that's how I feel. 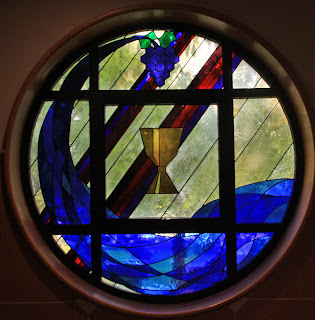 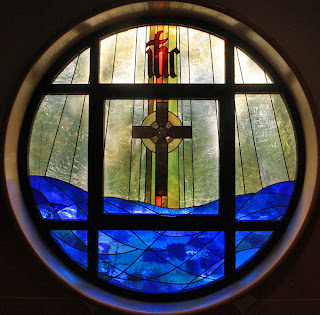 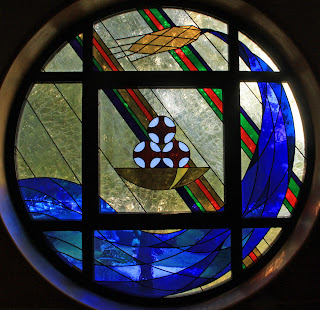 Posted by Tina aka Snupnjake at 2:18 PM