Afternoon!  Did you know that March is dedicated to St. Joseph? In honor of St. Joseph, I'll be going to parishes named after him during the month of March.  (pray for low gas prices).

St. Joseph in Zell was built in 1847 and is a lovely country stone church.

The music was accompanied by a guitarist in the choir loft.
Opening:  Only in God
Offertory:  Earthen Vessels
Communion:  Beyond the Days of Hope and Mystery
Closing:  Though the Mountains

The parish still seems to be working on getting the hang of the new translations.  The Sanctus and the Acclamation were the old settings.  Father did use the new Eucharistic Prayer II (dewfall teehee) and there were bells at the Consecration.

Before Mass, there was a prayer for vocations and blurb about the Gospel and its meaning.

Father started his homily off with a story about a man who had 3 daughters but really wanted a son to take deer hunting.  He tried to take his daughters but his wife wouldn't have it.  They finally had a son.  When the son was 7, he took the boy hunting.  The mom was not happy and asked Father for advice.  Father begged off.  So they go out hunting and the first time, not even an hour into it, the son shoots a 14 point buck.  (this seemed important.  I don't know anything about deer.  Except they make good jerky for Jake) Dad was so proud.  One guy came up to the Dad and asked the dad if the boy really shot it.  The dad was like of course.  The guy was like the kid is ruined for hunting and would give it up.  (uhm...I thought guys went hunting to be guys and drink beer and do guy stuff and bond and drink beer.  The deer's just a bonus)  The boy may fall into the trap that everything is blaize.  When you have been to the mountaintop, it's hard to come down.  Jesus took 3 apostles up to the mountain.  They are confused, terrified and overjoyed all at the same time.  When they come down, they still have to wash dishes and earn a living.  Sometimes when we get really close to what we are shooting for, we don't quite make it.  Remote chance that it will come again.  Many people have been to the mountain, and have a profound experience but don't say anything because of fear of the reaction of others.  Don't loose sight of the trivial, everyday things.  That's where we see God.  If you haven't had that profound experience, don't be crushed.  Don't give up.  Great saints are not made in a moment.  They are made in sanctity every day.  In the nuts and bolts of everyday living.  Don't get lost in the dramatic.  Don't lose sight of the everyday.  Difficulties are not so bad.  They lead us.  Routine is not so bad.  Father told a fishing story here.  Something about how boring it was to always catch fish.  This is where we will encounter God daily. 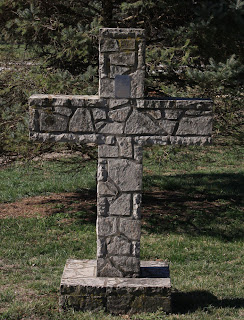 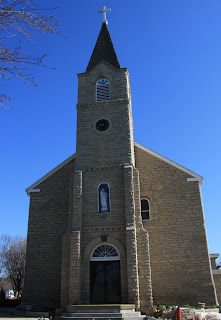 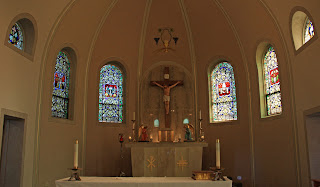 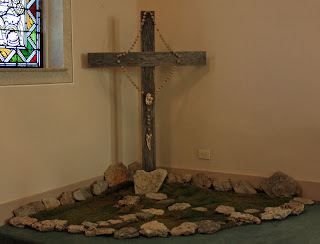 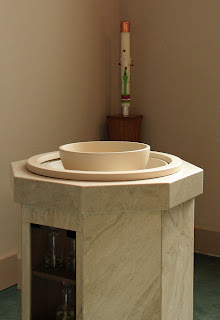 Baptismal Font
The Easter Candle had lilies on it. 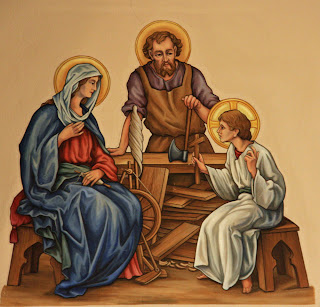 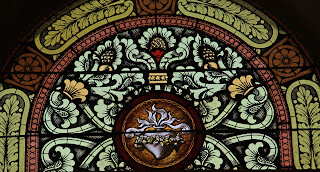 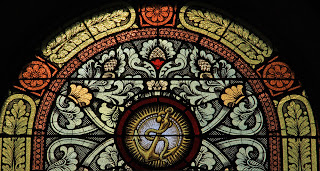 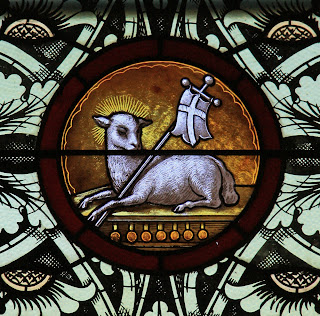 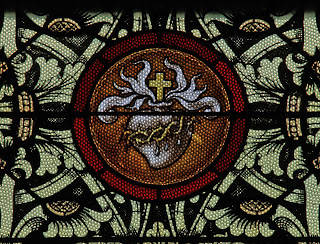 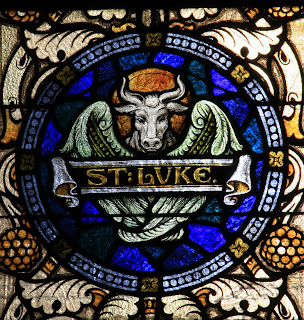 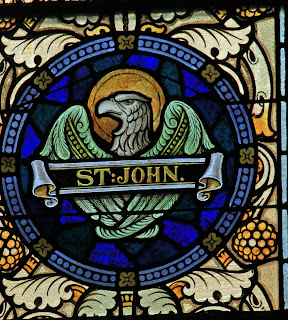 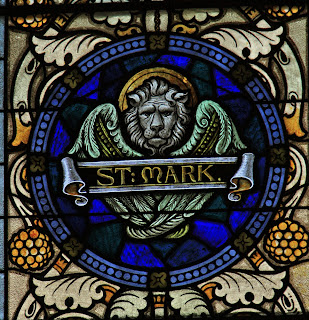 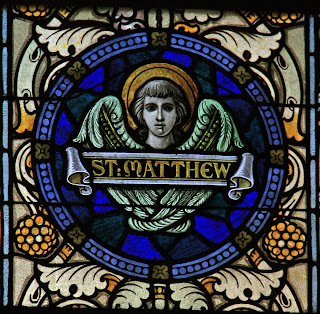 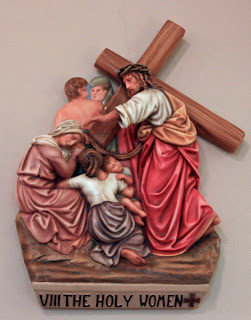 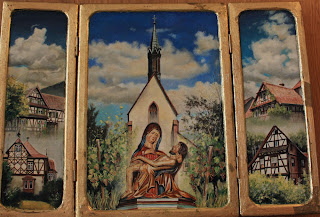 Painting on back wall


Links:
Information from the St. Louis Archdiocese
Pictures from Rome of the West
Posted by Tina aka Snupnjake at 4:01 PM