Hello!
Today is the last Sunday of the Liturgical Year!  It's the Feast of Christ the King.  To celebrate I overslept and missed the 2 Masses I had planned to attend.  I headed out to St. Joseph in Wentzville/Josephville .

This is a nice little church.  It was beautiful inside.

The music was accompanied by an organ in a choir loft.
Music:
Mass Setting:  Mass of the Christ the Savior (It's the new translation.)
Opening: The King of Glory
Offertory:  The King of Love My Shepherd Is
Communion:  Taste and See
Closing:  To Jesus Christ Our Sovereign King

Father has a mini homily about how it was Christ the King.  There was a seminarian who was the lector!  Father used Penitential Rite A, Eucharistic Prayer III and there were bells.

The homily started off talking about how the new translation would be used next week.  Father said he felt like a new priest.  We would feel like new converts.  It's going to be exciting.

Father then moved on to how the Gospel was his favorite but gave him heartache.  Am I goat?  Did I do enough?  I want to be a sheep.  What you did or did not do to the least, you did to me.  The least person is the Kingdom of God for you.  Who is that for you?  Experience God through the least.

The Feast of Christ of King was started by Pope Pius XI in 1925.  He was concerned about the world and the rise of nationalism.  Those in power wanted to stamp out the Faith.  Nationalism is good, but Faith comes first.  We see this today in the Thought Police.  In the movie Grand Torrino, every racial slur but the n one is ok.  They want control.  It's everywhere.  There is a move to stamp out the holidays or take the Faith out of them.  This leads us to eternal death.  For example, one of his priest friends has been going to the Catholic high schools to discuss chastity.  He was at an all-girls high school and one of the girls during the discussion said she had same sex attraction and the rest of the class clapped for her.  The priest was speechless (me too).  This is modernism and relativism.   No one can say anything is wrong. This takes us away from God's Kingdom.  God's love brings eternal happiness.

It was a very nice Mass. 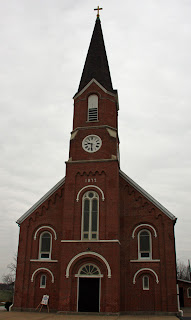 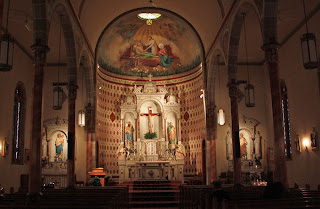 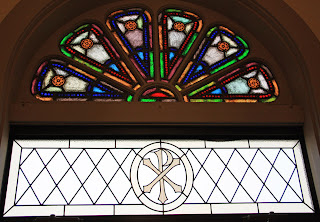 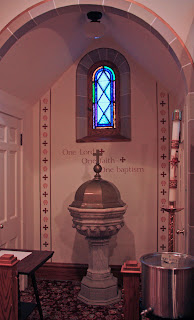 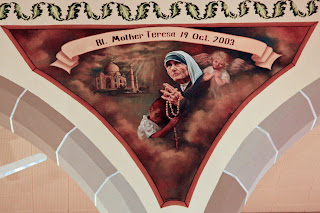 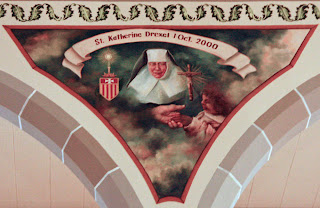 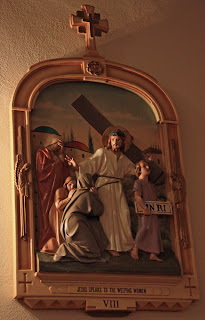 
Links:
Website of St. Joseph
Pictures of the Rome of the West
Posted by Tina aka Snupnjake at 6:31 PM