Treasures of the Church - Relics!

On July 22 and 23, St. Francis de Sales hosted a special exhibition of over 150 relics of the Saints for people to come and reverence.  The relics have been touring through a special ministry through the Companions of the Cross called Treasures of the Church.

Before being allowed to reverence the relics, Father Carlos gave a brief talk about the relics.  Father told us that we would be able to experience the living God through the relics.  God works through relics.  Saints are a giant billboard pointing to God.  If you give God your heart fully and completely, you will feel the presence of the living God.  But you need to have more than the desire; you must remove the obstacles in your life that block God.  (It's my dissertation...I know it...).  God requires permission.  He doesn't just barge in (He might get farther if He did)  In this instance you have power over God.  There are four things that common major obstacles.


Evidence for the veneration of relics comes from
The healing occurs through a material object.  The vehicle is touching.  The cause of healing is God by means of the relic.  It's not magic.  Saints are models and intercessors.
There are different types of relics.  A first class relic is the body/blood of the Saint.  A second class relic was an object owned personally by the Saint.  For some saints, like St. Edith Stein, this is all we have because she was killed in a concentration camp.  A third class relic was something the Saint touched or an object touched by a relic specifically for devotion.  I have a 3rd class relic of St. Francis of Assisi.  It's a 3rd class relic because it was set on his tomb.
A relic is kept in a container known as a theca.  It is sealed with wax that bears the seal of the one authorized to provide relics and string.  If the wax seal or the strings are broken, then the relic is no longer verified and can't be publicly venerated.  Relics also come withe a document that tells you who and what the relic is as well as who authorized it.  The seal on the document should match the seal on the theca.  Ex ossibus is bone.  Ex indumentis is clothes.
Why do we divide up the saints?  It is a way of respecting the Saints.  It also comes from the early Church when Mass was held in secret in the Catacombs.
Sainthood is a decision; a choice.  It is the first vocation of all.
Father then invited us upstairs to see the relics and to let one call out to us and that would be the Saint(s) that we should pray to and that had taken an interest in us...
Father did spend a great deal of time talking about St. Maria Goretti
It was very awesome and I'm glad I went.  I didn't really feel drawn to any particular saint.  Lots of people were there praying and asking for intercession.  I'm sorry to say I did not.  I'm terrible at prayer, I just don't get it.  I did not ask for anything because sometimes the answer is no and I will shatter if there is another no.

Pictures:
I am an idiot.  I rented a $1700 macro lens so I could take really nice close up pictures of the relics for some of my readers.  Some of whom I know won't get the opportunity to see such an exhibition.  I took 151 pictures.  On Sunday morning I was distracted and I thought I had switched memory cards out of my camera, leaving the relic pictures safely at home.  Uhm.  I deleted them.  :(  I managed to recover 122  pictures.  But St. Mark is gone.  and I'm not sure who else.  :(  sniff. 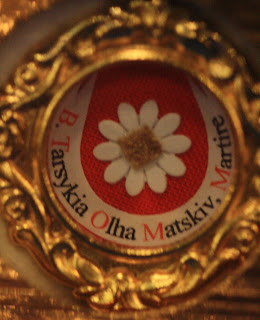 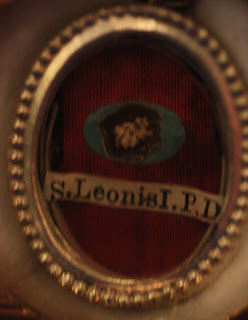 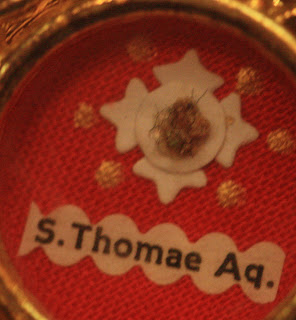 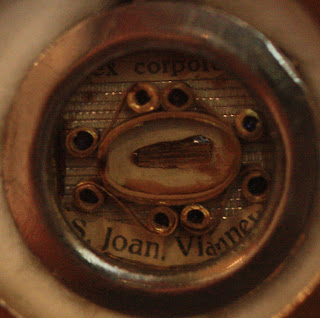 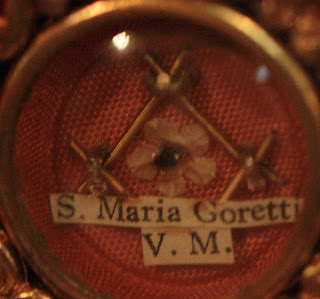 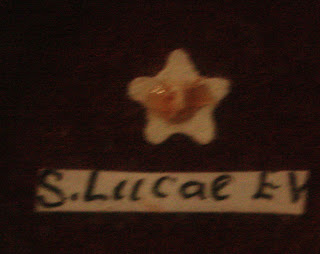 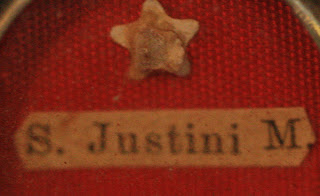 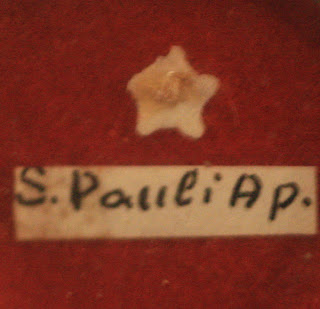 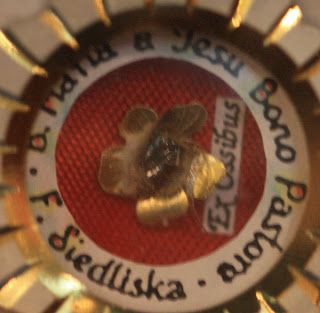 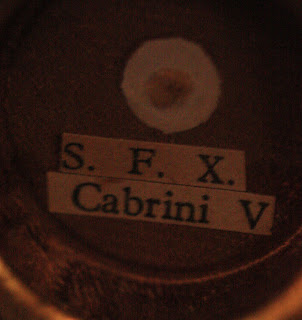 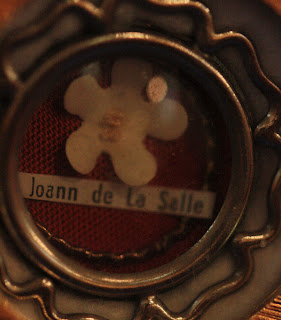 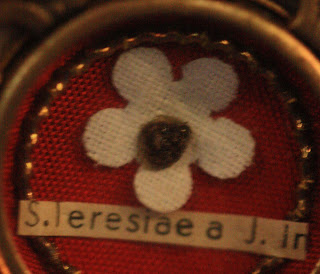 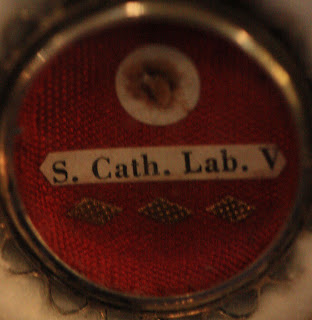 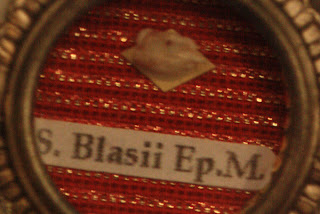 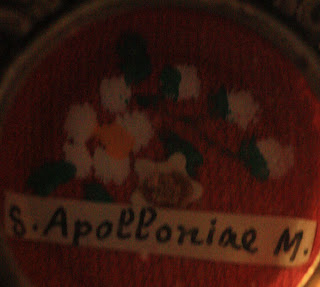 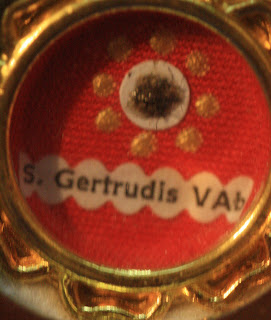 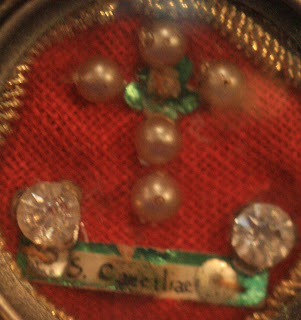 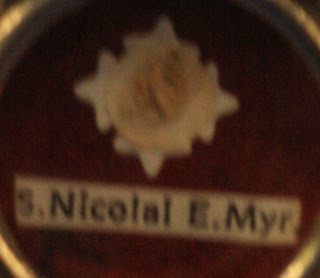 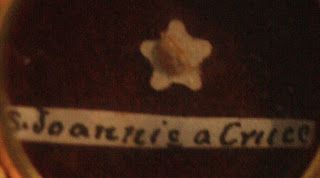 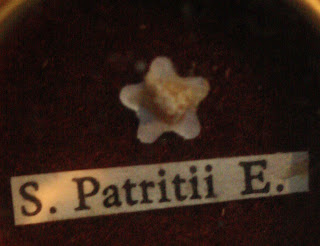 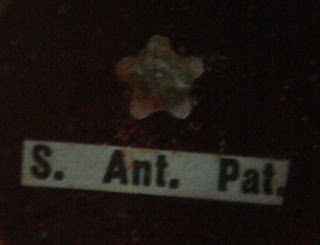 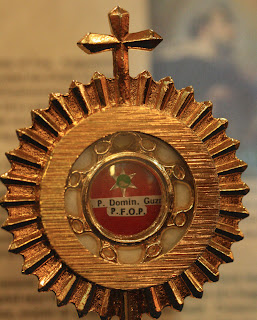 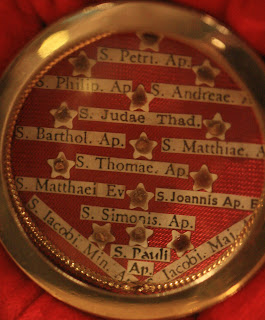 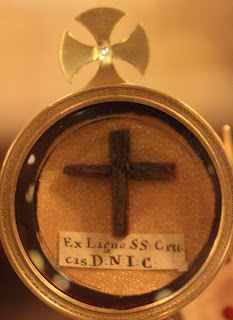 Links:
Video from KTVI (How does Canon Wiener look so not sweaty?  I thought I was going to die..please donate to the Oratory so they can get AC....eventually....)
Thoughts from St. Louis Catholic
Posted by Tina aka Snupnjake at 9:35 PM