Good Evening Everyone.
Yesterday in Arkansas, the temperature reached about 75 degrees so I decided to go hiking.  I also decided it was time to start going to churches that only have Saturday Masses.  I have learned one important lesson....bring a clean shirt :)

I headed to Morrison Bluff which is west of Little Rock right on the Arkansas River.

It's a cute little church that is reminiscent of some of the older churches in the outlying regions of the St. Louis Archdiocese.

Music was provided by a choir and an organ, both of which were in the loft.
Music:
Opening:  Gather Us In
Offertory:  All Who Hunger Gladly
Communion:  O Jesus We Adore Thee
Closing:  Come to Me

Father is a non-native speaker of English with an accent even I had trouble deciphering (I had lots of non-native speakers teach me physics....)  As such, he had copies of his homily available.
King Janaka of ancient India was greatly revered by all for his holiness.  Once while listening to a discourse from a holy Master together with some citizens, a herald announced, "the King's palace is on fire!"  Everyone rushed towards the palace since thy had relatives working for the king or fields surrounding the palace.  King Janaka remained unmoved.  Thinking that Janaka hadn't heard him, the herald shouted louder, "Your palace is burning!"  Annoyed the king replied, "Let my palace burn!  It is more important that I become holy by listening to my Master rather than run to save my palace."
Two of today's readings speak about holiness since every person is a temple of the Spirit.  The holiness theme overflows in the Christian community.  "God's temple is holy, and that temple you are."  Holiness must flow from one's behavior to Life.  In the 2nd part of the 2nd Reading.  Paul addresses the divisions that afflict the church at Corinth.  Groups were saying, "I belong to Paul." "I belong to Apollos" and so on.  Each faction boasted about the 'knowledge' it had received from its purported leader.  Saddened by the divisions, Paul accuses the Corinthians of defiling the Body of Christ, the Church, by appealing to individual founders rather than the Head, Christ, "who belongs to God."  And to as we know that appeals for ecumenical efforts.  Paul's image of the human body-both, individual and communitarian-as 'temple' is striking.  'Temple' imagery conveys the point that Church is where God's Spirit is present.  Therefore, Church is neither constructed by bricks no as institution by hearts and as 'body' (We Are Church!)  In continuation with last week's Gospel, today' passage speaks of of the last two antitheses pertaining to revenge and love.  The old law stipulated "an eye for an eye and a tooth for a tooth" (lev 24:19).  If this attitude were adopted, said Mahatma Gandhi, all human-beings would soon be blind and toothless"  Jesus' demand against this is "love your enemies."  Commenting on this passage one Sunday, a preacher asked his congregation:  "How many of you lover your enemies?"  Not a single hand was raised except that of an old woman.  "Tell us all how you manage to love your enemies,"  said the preacher.  "I'm ninety," said the old woman, "and I'm happy that all my enemies are dead."  Jesus' challenge is not to love enemies when they're dead, but to love them throughout our lifetime.  Obviously Jesus knows we're not divine.  He desires that we strive for perfection.  This perfection will come with being connected to God's Spirit.  Let us be with God sot that He leads us to love and forgiveness.  Amen.

The intentions seemed really really long.  Father used Eucharistic Prayer III and there were bells.  The Our Father was chanted which I always think is a nice touch. 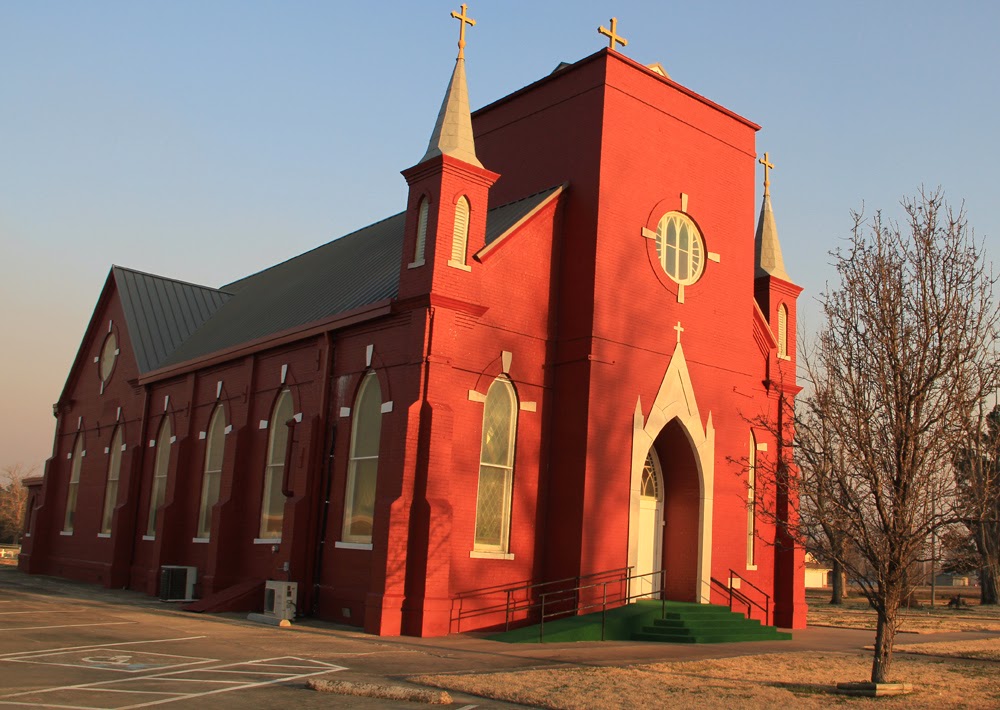 Our Lady of Good Health 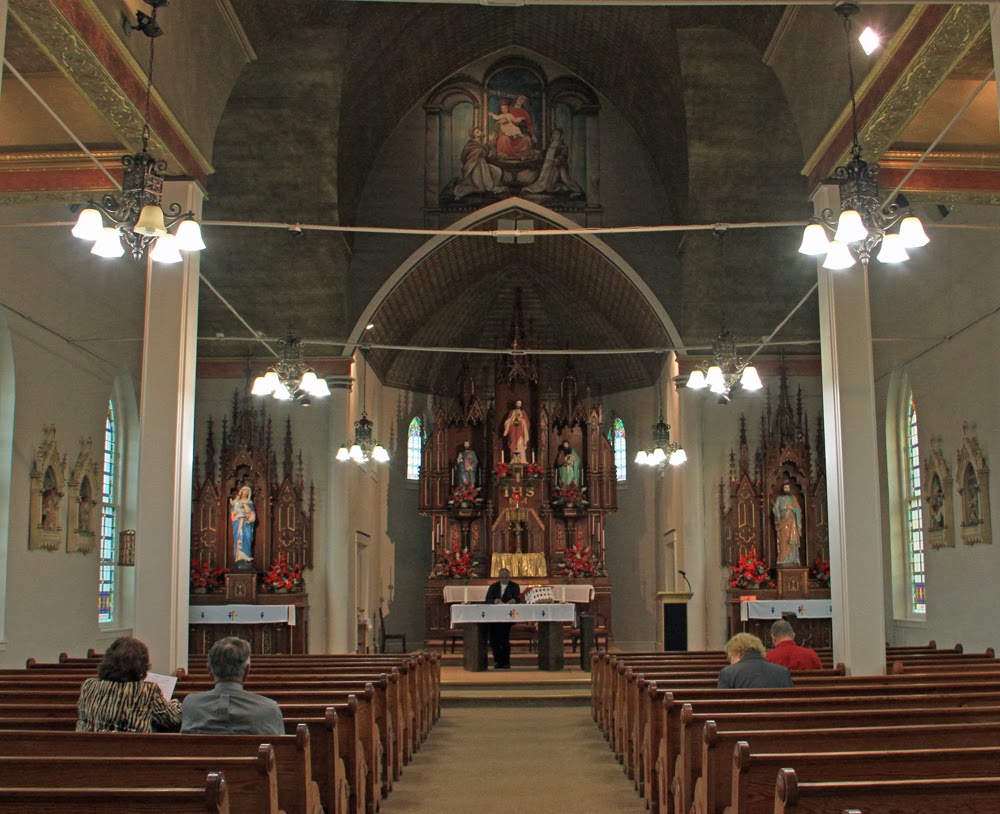 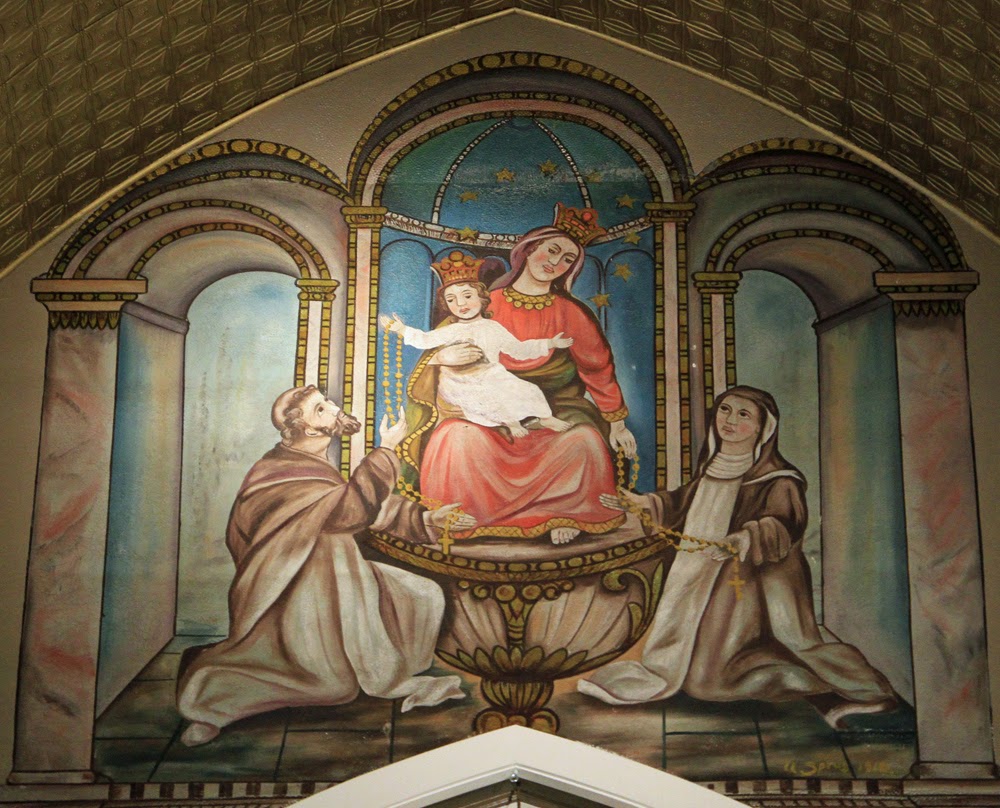 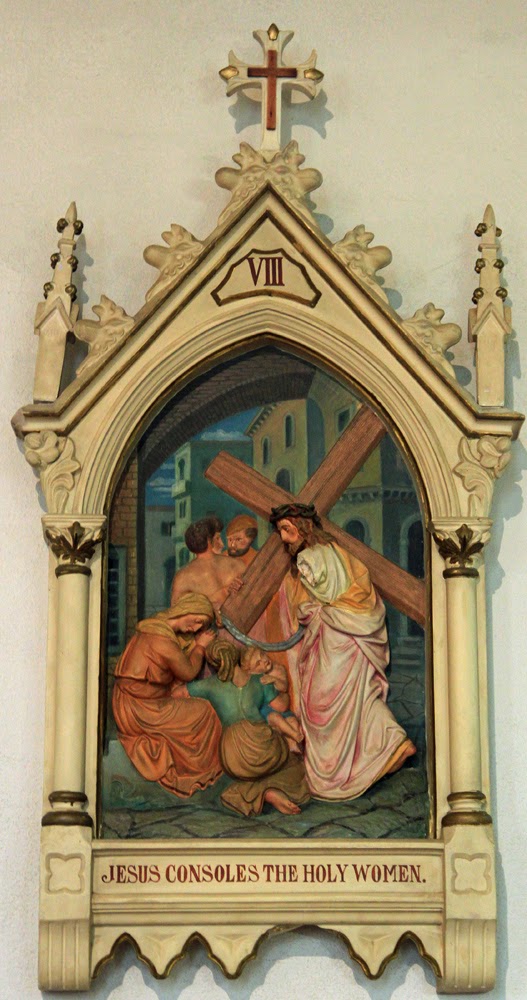 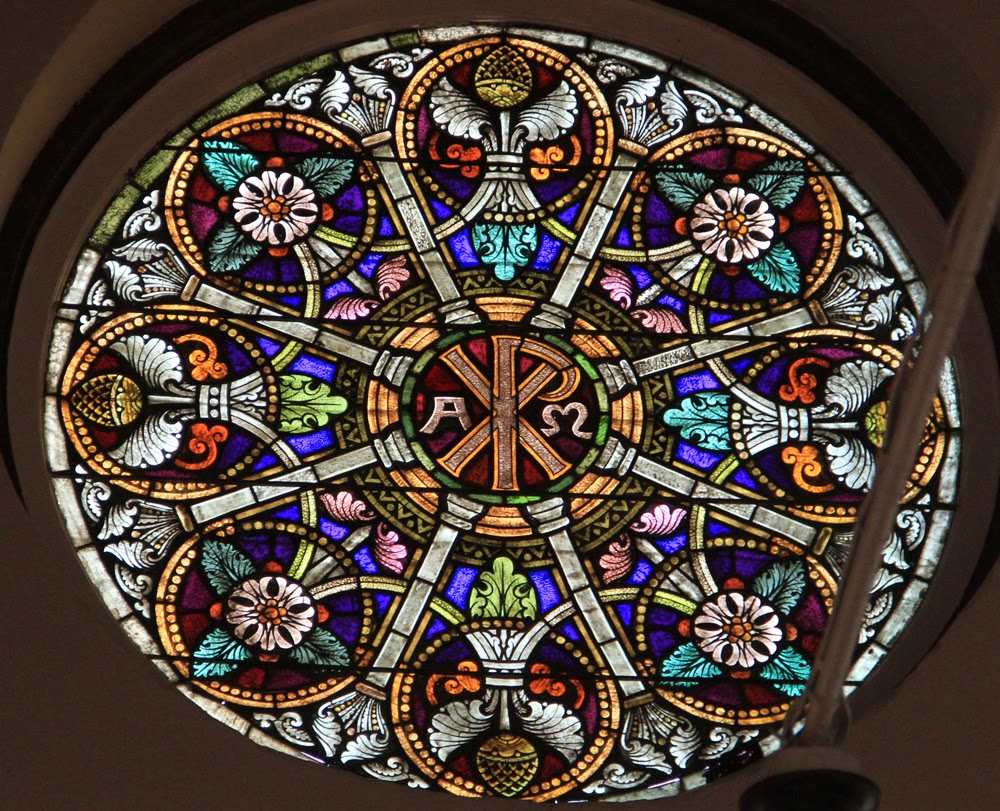 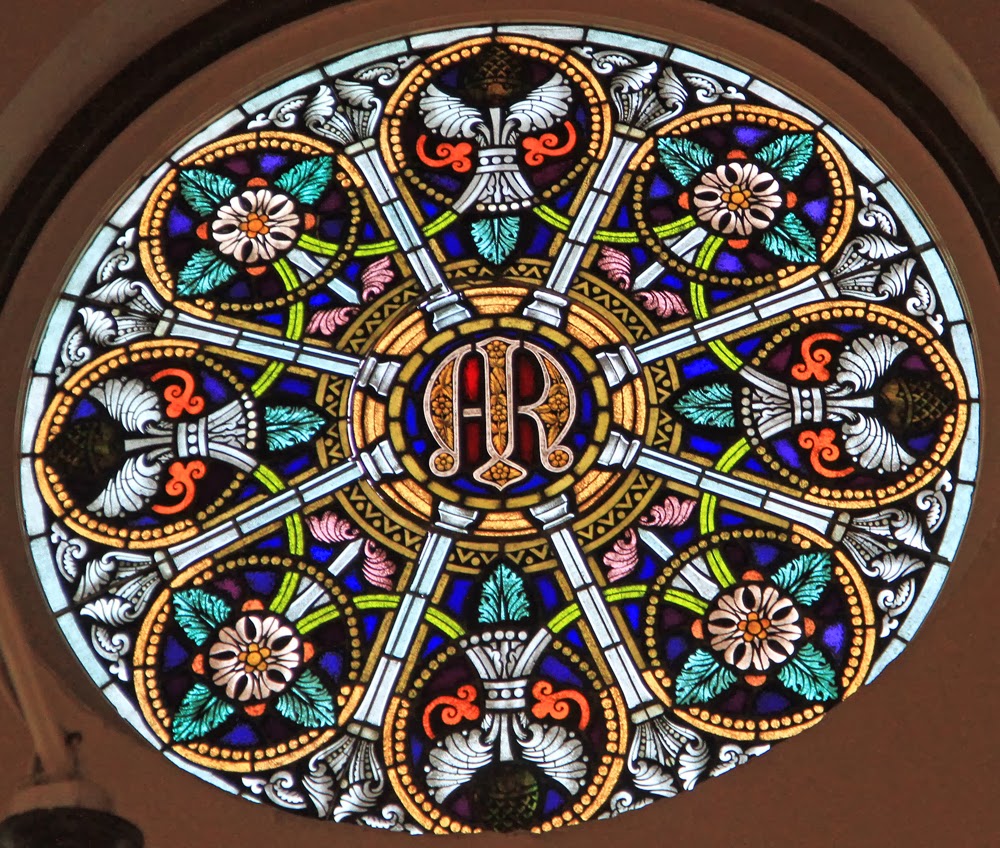 Link:
Sts. Peter and Paul
Posted by Tina aka Snupnjake at 5:28 PM