This morning, I headed to Soulard for 9:30 am Mass at Sts. Peter and Paul.  I had found out Bishop Rice would be in attendance and thought it would be a good Mass.

When I first walked into the church I was dumbfounded.  Speechless.
WHAT DID THEY DO TO THIS CHURCH????!!!!????
Sts. Peter and Paul is over 175 years old I believe.  It has a long nave.  It was a very traditional looking church.  It's the same style as St. Francis de Sales.

What did they do to this church?  They ripped out all the pews and put them in a circle around some point, which they put an altar.  There's no sanctuary anymore.  Oh.  and then they put the pews on steps.    I felt like I was in an old autopsy room, looking down on an autopsy.  And because the pews were on risers...there was no way to get around them unless you cut through the "sanctuary" so if you wanted out, you had to move all over people.  Oh and there's no kneelers.  Let's take a look shall we? 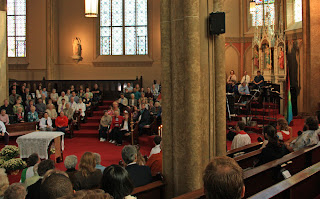 The music for mass was provided by a choir.  The instruments included drums, keyboards and tambourines.
Music:
Opening:  Come, Now is the Time to Worship
Offertory:  Here Am I
Communion:  Bright as Silver, Pure as Gold (It's really Simple Gifts, with a Christian Chorus)
Recessional:  In the Day of the Lord (and the kids got to play various percussion instruments!)
Responsorial Psalm:  To You, O God, I Lift Up My Soul
Mass Setting:  Mass for a New World 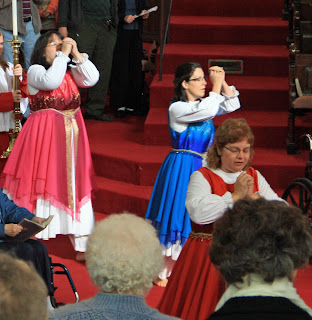 The dancers did something all through out the Liturgy of the Word.  The Gloria had some active participation with the audience doing the dancing during the chorus.  I even participated.  I rolled my eyes.  A lot.

Bishop Rice started Mass and then Father decided now was the time to give Bishop Rice's biography.  Bishop Rice did sing the Opening Prayer.

There was incense at the Gospel. 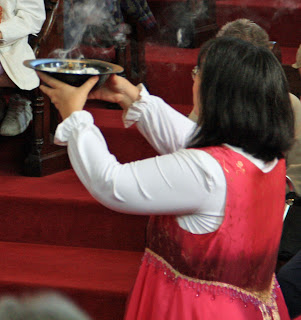 The homily was given by Bishop Rice.  He started off talking about how live TV first came about in 1951.  Every generation is defined by its TV shows.  His parents watched Jackie Gleason.  He watched Happy Days.  He has no idea what they watch today.  Bishop Rice fondly recalled the shows he watched on TV like Flipper, F Troop, Giligan's Island and Leave it to Beaver.  These shows had an innocence to them.  On one show there was a kid named Eddie Haskel.  Eddie was perfect in front of adults but turned into a jerk once they left.  It is an insult to be called Eddie Haskel.  In the Gospel, the 2nd son told Dad what he wanted to hear but did what he wanted, like Eddie Haskel.  The first son came around to embrace the Will of the Father.  To know and embrace the Will of God.  The Our Father wear us down to do.  Thy Will Be Done.  Psalm 119 mentions that "Your Will is My Delight"  I must let go of the things I want.  Do we really believe God knows better than us?  God's plan is better than my plan.  St. Francis of Assisi "We wish to serve God, but we want to do it in our own way."  St. Francis de Sales "We wish to be saints but that will never happen if we try to do it our way instead of God's way."  It must be God's Way.  We are all called to sainthood.  We will see the Will of God in the ordinary chaos of the everyday.  It is the little things that help us grow in grace.  The little things help us grow deeper in love and holiness.  Thy will be done will lead to joy.  Living the life of Christ should be joyful.

Sts. Peter and Paul is one of many parishes that allow people to make their own petitions on the spot.  As I was trying to understand what people were saying, what is to stop someone from getting up and saying something like "For the Church, that she stop her bigoted, patriarchal, homophobic ways, etc we pray to the Lord."

Bishop Rice used Eucharistic Prayer III and there were no bells.  Everyone stood throughout the Liturgy of the Eucharist (no kneelers).  There was handholding at the Our Father and lots of huggy and such at the Sign of Peace.

Mass ended with the week's birthdays and anniversaries being announced.  The class reunions.  and then the retiring parish council members were honored.

Then there was the procession: 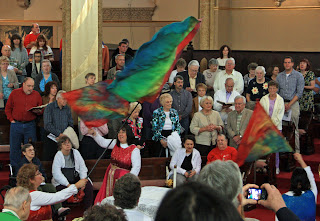 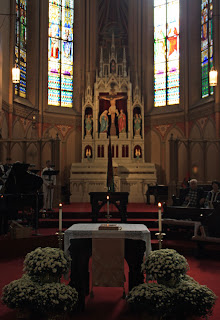 View From uh...I have no idea.

Marian Altar
St. Elizabeth of Thuringia is on the Left I believe
Not sure on the right.
Sts. Peter and Paul was originally a German parish... 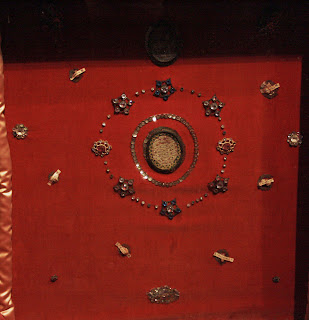 Relics found under the Marian Altar 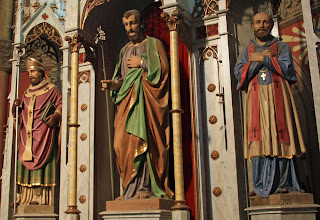 St. Joseph Altar
I don't know who the saints on the side are. 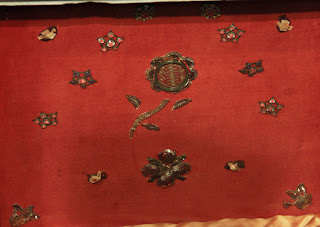 Relics under the St. Joseph Altar. 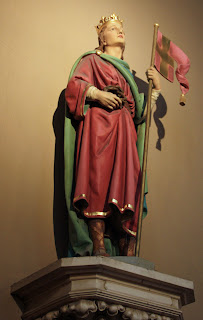 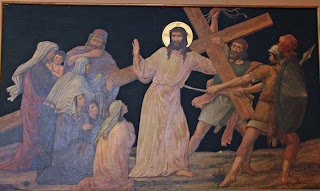 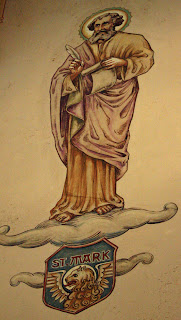 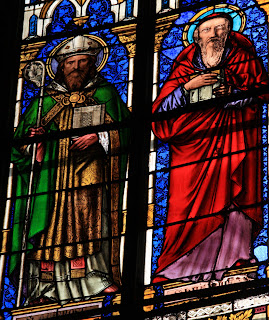 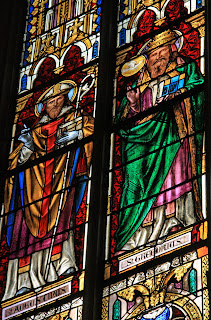 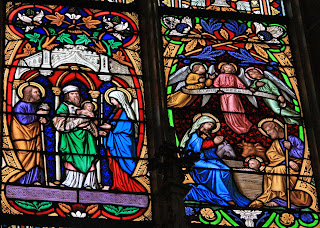 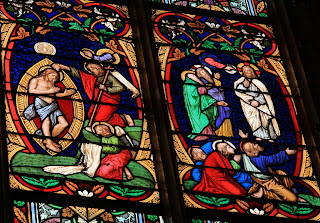 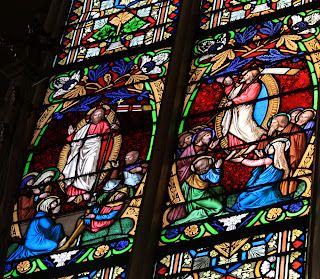 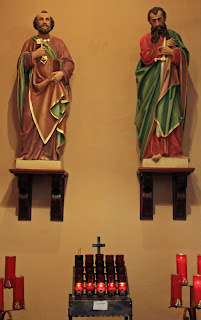 Poor Sts. Peter and Paul
Out in the Vestibule.

Links:
Website of Sts. Peter and Paul
Picture from Rome of the West

Posted by Tina aka Snupnjake at 8:10 PM