Hello!
This morning I headed out to Immaculate Conception in West Alton for the 10 am Mass.  In the pouring rain.  I learned I need new tires!  I was actually jonesing for pancakes but no one had any.  I'm hoping for next week.

IC in West Alton was built in the 1950s.  The Church is has a really tall steep roof and is made of brick.  The one wall is a mix of brick and little windows that had colored glass in them.  IC is a joint parish with St. Francis of Assisi in Portage de Sioux.

The music was accompanied by an organ and cantor.
Opening:  Praise and Thanksgiving
Offertory: Only This I Want
Communion:  You Are Near
Closing:  Lord of Hopefulness

Father used Eucharistic Prayer II and there were bells.  There was an adult server who was wearing jeans and a polo.  A paten was used at Communion.

Homily:
Getting paid on what you agreed on is justice.  The workers had a beef with the owner about generosity.  God's mercy, justice and generosity meet in the Kingdom.  They kiss.  We haven't found another way that works.  We don't want to look at the real Cross.  Cross is God's mercy, justice, generosity.  We don't think like God.  Father then talked about the Prodigal Son Parable.  Do we see ourselves as sons or as slaves?  St. Paul doesn't know what to do.  If he lives, he has lots of work to do and he's ok with that.  If he dies, he gets to go to Heaven and that's pretty awesome.  In the end, he lets God decide and let's God be in charge.  We need to have the same heart and mind as Jesus who didn't argue with God.  We need to open our hearts.  The Cross is justice and love.  There were various people at the foot of the Cross.  Dismas is guilty but Jesus welcomes into the Kingdom.  Scribes and Pharisees say that's not fair.  That's God's Way. 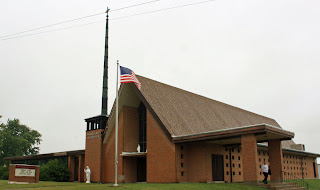 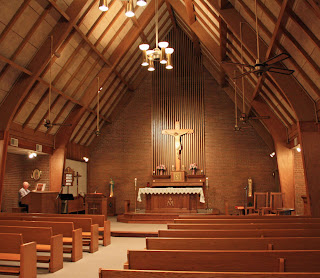 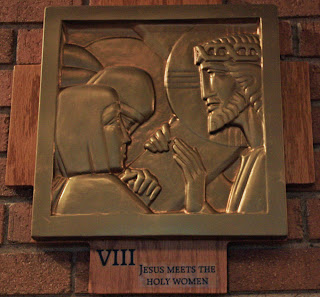 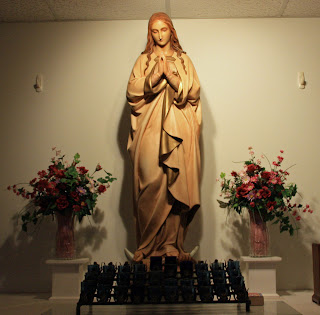 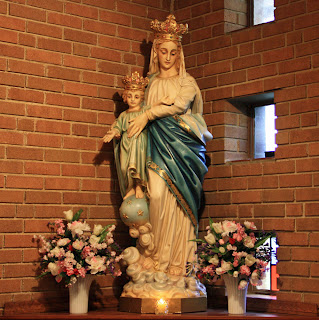 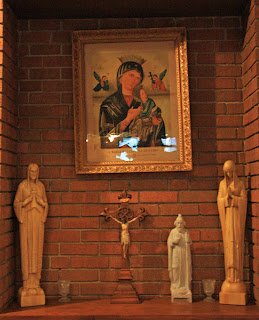 Links:
Information from the Archdiocese

Remember!  Vote for Me in Most UnderAppreciated!  Vote for Rome of the West in Best Visual Treat.
Posted by Tina aka Snupnjake at 8:19 PM