Happy Father's Day to all the Fathers (spiritual and others) that read this blog!  Additionally, I hope everyone had a good Holy Trinity Sunday!

Because June is dedicated to the Sacred Heart, I headed out to Sacred Heart in Crystal City.  I forgot about Most Holy Trinity in North St. Louis until I saw the towers driving home.  Ooops.

Sacred Heart is an older church built in 1909 I believe and was refurbished in the early 1990s.  For an older church, there aren't all that many statues surprisingly.

The music was accompanied by an organ in the choir loft.
Music:
Opening:  Holy Holy Holy
Offertory: How Great Thou Art
Communion:  One Bread, One Body
Closing:  Holy God We Praise Thy Name

At the Beginning of Mass, Father introduced himself as a Redemptorist (one of those guys...his words...not mine...) and has been a priest for 41 years and was a missionary in Brazil.  Mass started with "In the Name of the Father the Creator, the Son the Redeemer and the Holy Spirit the Sanctifier."  The Cards won last night (Thank you Fr. ESPN...I didn't know that..)  The most important thing is relationship; relationship between family, friends and enemies.  (God?)  If you are grumpy, you should leave (I'm so out of here...oh wait..i drove 35 minutes to get here..and I won't make it to another Mass and will have to go to Life Teen...guess I'll stay)  Mass is Eucharist which means thanksgiving, so if you are not thankful, you should leave too.  (Bang head on column).  Father started Penitential Rite A with "We are a bunch of sinners here and we ask forgiveness..."  Apparently I was rolling my eyes so hard and snarking under my breath the guy in the pew behind me grabbed and held onto my arm and said Father had to do something to wake the parish up (as Father kept telling us to be more joyful) and everyone has their own way of doing things (I believe that's called Protestantism).  In the meantime Father was high-fiving the altar servers.

The homily started off about a young man with a family that couldn't find a job and his wife had to go get one and so the guy stayed home to watch the kids and he's good at it.  The youngest kid finds some expensive wrapping paper and cuts it all up.  Father reams out little kid. (Uhm good dads don't ream out 4 year olds...).  Latter the little girl gives her dad a present wrapped in the paper.  Dad feels bad and opens present.  The box is empty.  Dad proceeds to ream out girl again.  The little girl cries and said she blew kisses into the box.  The dad kept the empty box and when in need takes out a kiss and places it on his heart.  The Father has blown a kiss to us - Jesus.  When Jesus was out preaching, the disciples tried to keep the little kids from Jesus but Jesus liked being hugged and kissed by little kids.  (someone needs to attend Protecting God's Children....)  Everyone wants to be hugged and kissed, even if they don't think they do (grrrrrrrrrrrrrrrrrrrrrrrrrrrrrrrrr)  St. Anthony was hugged and kissed by Baby Jesus.  That's why he is shown with the Christ Child.  Hugs and kisses...that's all I know about the Trinity.  (uh. uh.  uh.)  I'm officially creeped out.  So does this mean that everytime I get hugged and kissed it's the Trinity?  What if I never get hugged and kissed?  Do I never get to experience the Trinity then?

Throughout the rest of the Mass, Father added explanations and such.  Like at the Preface we were to be joyful.  Father used Eucharistic Prayer III for Children because it was Father's Day.  This Eucharistic Prayer has refrains between the Memorial Acclamination and the Great Amen.  Father told the organist, who's name he didn't know which was shocking cause he knew everyone else's name, to not use the correct refrain but the refrain from today's Responsorial Psalm.  At the Consecration, Father actually broke the bread.  There were bells.  After the Our Father, Father demanded all the little kids, especially the little girls (!!!!) come up to the altar.  Father asked them to go out and hug all the dads and granddads and had the altar servers lead the kids down the aisles.

At the end of the Mass, Father had a special blessing for fathers.  This replaced the Closing Prayer.  He then told us to go forth hugging.  (I don't think so...). 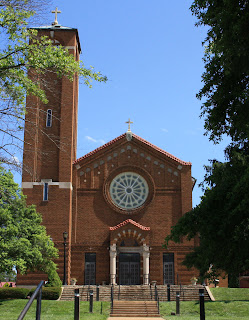 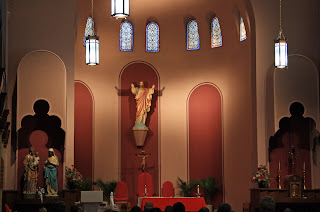 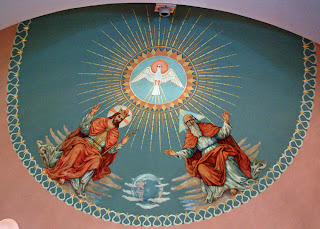 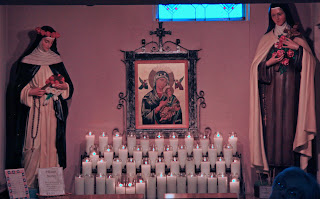 St. Terese and St. Therese
(I don't know which is which) 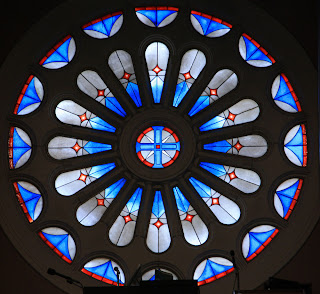 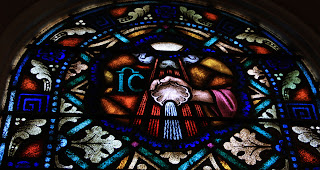 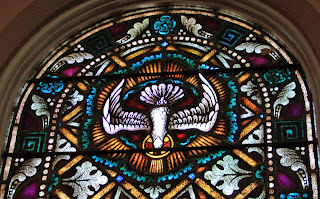 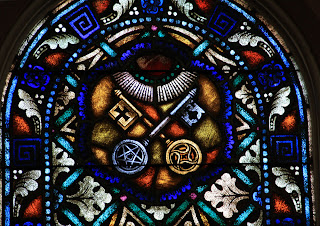 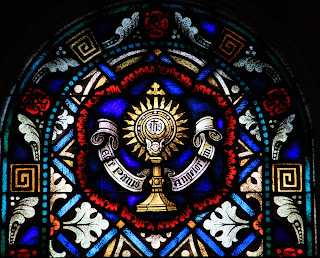 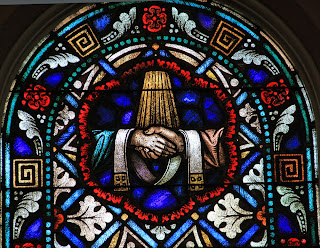 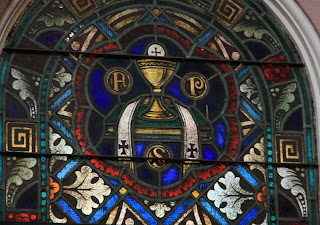 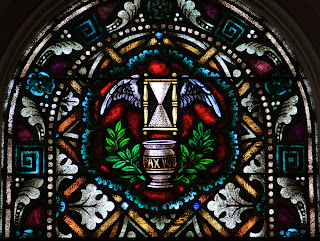 Last Rites
I've seen the hourglass with wings on sundials! 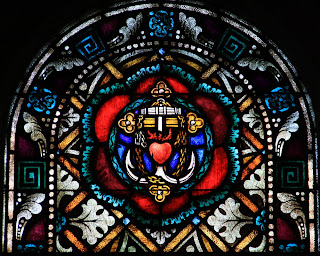 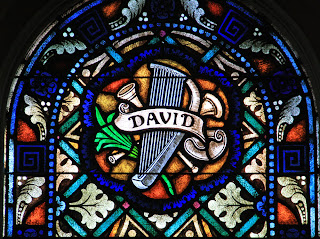 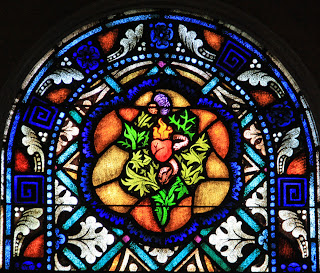 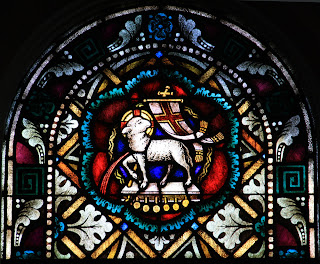 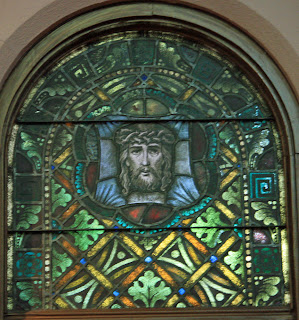 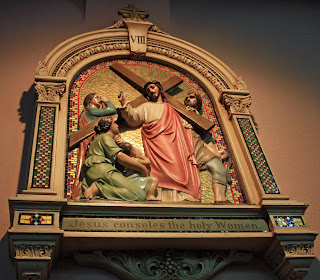 Links:
Website of Sacred Heart
Pictures from Rome of the West
Posted by Tina aka Snupnjake at 6:58 PM