It was a beautiful day today...a day to take a drive to a parish far far away.  I headed north to St. Paul in St. Paul.  St. Paul is a beautiful old church in the rural, northern part of the Archdiocese.  I'm still hobbling around but without crutches.

I attended the 11 am Mass. There was a rosary before Mass. This had to be one of the shortest Mass I have attended, with Mass clocking in at 40 minutes.  Father didn't skip anything either.

The music was accompanied by the organ in the choir loft.
Opening:  Sing a New Song
Offertory:  We are Many Parts
Communion:  Blest Are They
Closing:  Lead Me Lord
The Responsorial Psalm was Psalm 19 instead of Psalm 103.

Before the Gospel, the crossing gesture on the head, lips and heart, the words were said aloud by the congregation.  (The Lord be on my mind, on my lips and in my heart).  The homily started off with Father saying that this is a tough piece of Scripture:  "Be Perfect"  Father went on to tell a story about a truck driver that was harassed by 3 bikers.  The truck driver ignored the bikers while in the truck stop but than ran over the bikes driving out of the truck stop.  We all have a desire for revenge.  In the Gospel, neighbor actually means relative.  It's not hard to love your relatives. Father then went on to talk about fighting with his three brothers while growing up.  Father said we never expect our worst enemies to become our best friends.  We have to try.

Father used Eucharistic Prayer 2 and there were bells at the Consecration. 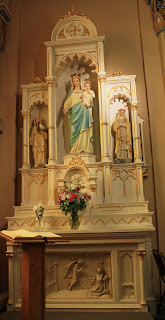 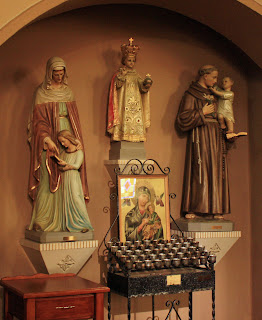 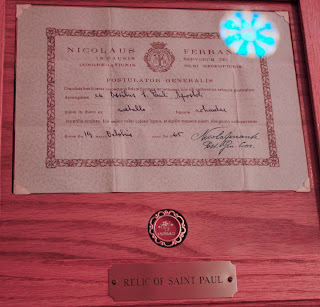 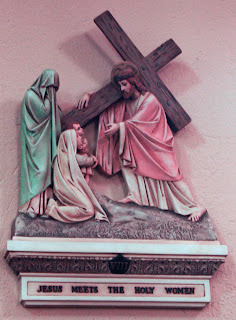 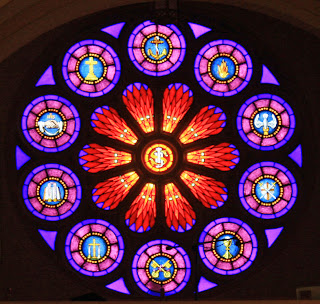 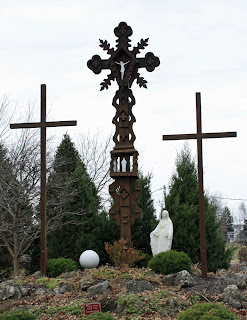 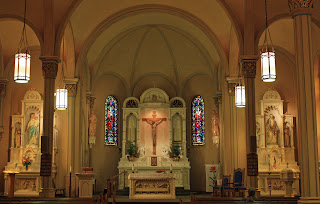 Links:
Website of St. Paul
Pictures from Rome of the West
Posted by Tina aka Snupnjake at 12:26 AM