This morning I needed to help a friend with cat wrangling so I needed to go to a church that was close and had Mass at the right time.  The Archdiocese's Mass Time search is broken so I couldn't find a slacker Mass in the evening.  Which means I landed up going to St. Cronan which is in The Grove, a uhm more *colorful* area of the city if you take my meaning.  It also is near what used to be known as McRee town, a depressed area of the city.  St. Cronan is known for their social justice focus.  I actually know some former St. Cronan's parishoners who felt the parish was not liberal enough.

I met the pastor before Mass and he was proud of the fact of how simplistic the Church was on the inside.  The Church is over 130 years old.

The music was provided by a guitar, violin and flute.  The musicians were up in the Sanctuary.
Opening:  Give Thanks to the Lord
Offertory:  There is a Longing
Communion:  Let Us Be Bread
Closing:  Canticle of the Sun (and a lot of people sang this one)

Father didn't wear a chasuble, but just an alb and a stole.  A clay chalice was used as well.

The adlibbing started from the beginning.  The Sign of the Cross had stuff add, such as the Spirit that sustains us. The Second Reading was from Paul to the People of Rome (so I guess the Romans not living in Rome don't count?)   And in a first, the Gospel was adlibbed.  Yes indeed.  Jesus is not the Son of Man, but the Anointed One.  I believe that changes the meaning of the passage somewhat...  Father used Eucharistic Prayer II and didn't adlib the Consecration.

The Gloria and the Nicene Creed were omitted.  In one of the hymnals (Gather BTW) I found a Profession of Faith.  All references to male were omitted as well as any references to authority.  If you'd like to see this gem, I can of course share it.

At the beginning of the Liturgy of the Eucharist, Father invited us to gather around the altar.  At least I think that is what his hand motions indicated.  5 or so people came up.

Hands were held at the Our Father and the Sign of Peace was a free for all.  And nobody (but yours truly) knelt for the Eucharistic Prayer.  Everyone stood.

Let's talk about the homily shall we?
Father did not give the homily.  A guy in a purple polo gave the homily.  He asked us if we have keys.  Keys are power.  The readings are about leaders and power, especially bindings and loosing.  The Government  has been too binding in the past with slavery, women, illegal aliens.  The Hierarchy of the Church has been too binding as well.  The Institutional Church has been binding towards gay and lesbians, divorced and re-married Catholics, and women. (My eyes...they roll)  The guy's sister got a divorce and the family had a funeral for the marriage. (Wha?)  St. Cronan's parishoners have loosed themselves from the Institutional Church (mmmhmmm I see)  Former parishoners have loosed themselves from organized religion and have found some spirituality (mmmhmmm).  What are we bound by? What are we willing to loose?

Oh.  And when I went up to Communion, there were chunks/crumbs of bread in the flat ciboria thing along with the hosts. 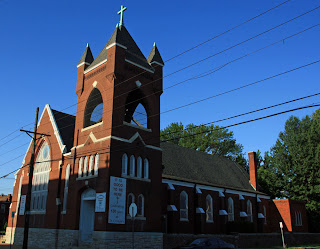 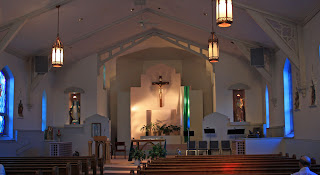 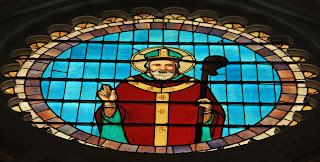 St. Cronan
There are 4 St. Cronans.  3 were bishops.  All were Irish.
All were Pre-Congregation. 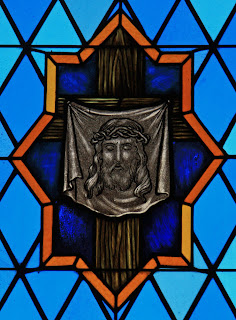 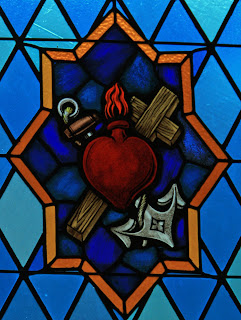 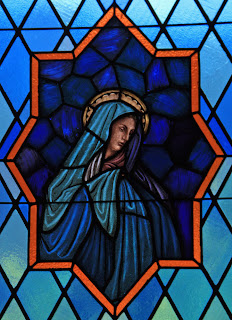 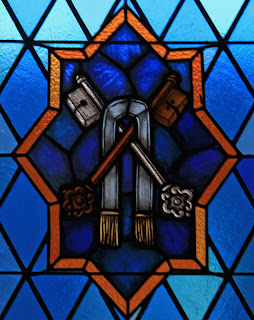 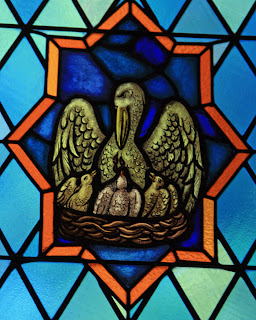 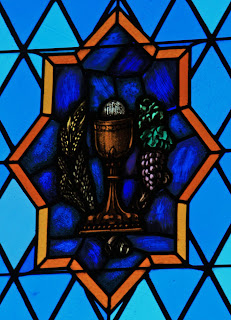 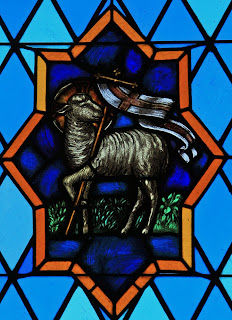 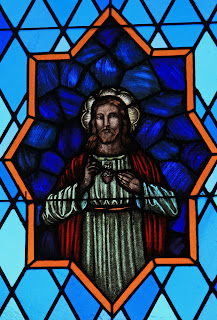 Links:
Website of St. Cronan
Posted by Tina aka Snupnjake at 5:43 PM